By Rania Anderson (Co-Founder, Women’s Capital Connection)
At a time when media coverage and conversations about angel investing revolve around how few women-led businesses have access to capital and on expiring tax credits for angel investors, I am reminded of a question posed by Barbara Stanny in her book, Secrets of Six-Figure Women:

“What if we turned our attention from what’s wrong with the system and instead analyzed what’s working for those who are succeeding? We would not be ignoring the problems, we would be merely shifting our perspective.”

We can turn our gaze to the nation’s heartland (regrettably ignored for the favored “coasts” when it comes to the topic of angel or venture investing) where we discover a group of 33 women who have taken it upon themselves to quietly change the system.

The Women’s Capital Connection (WCC) is an angel investor network comprised of 33 accredited women investors that was formed in the Kansas City Metropolitan Area four years ago to invest solely in women-led businesses.

To date, the group has invested more than $1 million in five women-led businesses. Today, there are nine groups like the WCC in the United States.

WCC’s latest investment closes on February 15 and is part of a $15.5 million Series B Financing for Kansas City, Kansas-based Aratana led by CEO Linda Rhodes. Several factors make this an investment to analyze. The opportunity was first brought to the attention of the WCC group by its “junior” member, Cortney Mendenhall, who is a young attorney with Polsinelli Shughart and who is being mentored by WCC members.

This investment is being made through an uncommon collaboration between angel investors and VC firms. Steven St. Peter, managing director at MPM Capital, invited WCC to invest in Aratana alongside his firm and another VC firm, Avalon.

Although Steven naturally preferred not to bring other competitor VC firms into the transaction, he wanted to find a way for the local Kansas City community to be involved in Aratana. Steven has a reputation of using MPM’s funding and resources to locate ideas in the marketplace, then finding the best people to build and run the companies.

Since three out of the seven companies in which Steven has successfully invested are led by women CEOs, he was drawn to the WCC, where he found like-minded investors and champions for Aratana CEO Linda Rhodes and her revolutionary plans for pain relief and weight-loss prevention in companion animals.

The WCC has heard company presentations and requests for equity financing from nearly 25% of the women-led businesses that have made inquiries for funding.

In stark contrast to most angel groups comprised primarily of men, businesses declined for investment from WCC often are provided with guidance, advice, and mentoring from the women entrepreneurs, executives, attorneys, health care experts, and other highly qualified women who make up the WCC network.

In addition, three WCC members sit on the boards of companies in which WCC has invested, overcoming another obstacle that women encounter, which is that of joining corporate boards.

About the guest blogger: Rania Anderson is a Co-Founder of Women’s Capital Connection, a women’s angel network in Kansas City. She is an entrepreneur, writer, executive business coach and angel investor. Throughout her professional life, Rania has been observing, researching, connecting with and guiding the way women work. Rania guides women globally to achieve professional and business success. Follow her on Twitter at @TheWayWomenWork. 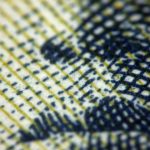 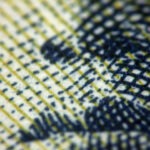 Women In Tech Earning $125,000+ A Year Should Consider Investing In At Least One (Female-Founded) Startup