Did you know: Women comprise over half the U.S. population, hold 51% of U.S. wealth and have 83% of purchasing power but only comprise 3% of leadership positions in media, 3% of Fortune 500 CEOs and women’s representation in politics is abysmal (we’re 90th in the world).

If this annoys you (or makes you angry), you’re not alone.

I decided to channel that feeling towards hosting a screening of Miss Representation, a film about the roots of this problem. I saw this film several months ago and its impact stuck. As women in business, I believe all of us – and most men out there – need to see this film and I’m excited to show it in our nations capital.

Miss Representation is a documentary by Jennifer Siebel Newsom, exposing how mainstream media contribute to the under-representation of women in positions of power and influence in America. As women, throughout childhood we’re told that girls play with Barbie dolls, and later that images of women sell cars and vodka and other products.

Where Miss Representation goes further is to measure the magnitude of that phenomenon, including the way objectification is internalized over time, keeping girls and women from realizing their full potential. Beyond simply raising awareness, we need to take it further, into real actionable steps that women – and men – can take to drive change from the top. The film causes us to ask ourselves and society: how can women at the top start driving change now?

The event will raise funds and awareness for StartOut’s new Lesbian Entrepreneurship Mentoring Program. StartOut is an organization dedicated to fostering and developing LGBT entrepreneurship. I joined the board of StartOut because I believe that empowering LGBT entrepreneurs is critical in our fight towards acceptance and equality, and that we have a responsibility as women to speak up for other marginalized groups in business. If you’re interested in the mentoring program or getting more involved with StartOut, please email me at Leanne@startout.org.

Leanne Pittsford is the Founder and CEO of StartSomewhere. She is also a Board Member of StartOut. Leanne is an investor and advisor to Solar Network Solutions, a woman-owned solar tech startup. Prior to founding Start Somewhere, Leanne was a Director at Equality California, the largest statewide LGBT organization in the country. She lives San Francisco and Chicago with her partner and their dachshunds Sauce and Magoo. Find her on Twitter at @lepitts. 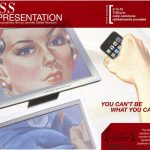