Considering how the scales are tipping towards women being the earners and workers of the future, can you afford not to support us?

I learned many things in my time working in film production that translate into the business, tech and entrepreneurship world. Anyone who knows how to work on a massively coordinated team on location or on set, with long hours, strange conditions, wacko deadlines and rhythms that range from non-stop overdrive to hurry-up-and-wait to extreme boredom, are A-OK in my book, and trained for just about anything. The film industry realized pretty quickly that under these conditions one of the most important things you can do to keep people working towards the common goal is to give them an abundance of creature comforts.

Even in the most low-budget productions, there is at the very least an endless supply of coffee, and even on a zero budget student film I was the chef for the cast and crew on location – three meals a day, paid for by the director’s hours working at the bookstore. On the other extreme, I have worked in studios where the mid-afternoon cheese spread came compete with explainer cards on the origins of each cheese. I remember thinking that the cost of it was at least equal to my utility bill that month. Do I need to mention the lotions and potions that the bathrooms were stocked with? Now I don’t recall if I’ve been in the bathroom of some of the “Best Places to Work” list, but I have been in some swanky corporate spots with shoe shiners and masseurs. Never should any employee be without a lint brush when one was needed.

Cut to the tech startup scene.

Whether it’s New York or the Bay Area, we hear stories of ping pong tables, swimming pools, kegs, foosball tables, game setups and pinball machines in common areas. And, hey, I love the TRON pinball machine at We Work Labs as much as any of the 20-something guys in their hoodies, but yet something is missing.

Not one tech startup space I have been in has a full length mirror in the bathroom. No hand lotion, no hair spray, and certainly no tampons. Not even a fem-product vending machine.

Tight budgets? I don’t think that’s the problem. The ladies haven’t asked for such luxuries? Asked whom? Actually, quite a few of them have mentioned it to me.

Yes, gentlemen of the tech world who are getting flack for not being gal friendly, I do propose that you embrace your feminine side and cater to the needs of the gals in the office!

But better yet, I have another idea — if RedBull and the like, can be a sponsor for the tech scene, why isn’t Tampax, O.B., Playtex or Avon? How about Target or Sephora? Do you think there won’t be a return on the marketing spend? I can’t give you the projected numbers, but have the ladies in tech look good and feel good with your products, you will become brands that we want to support, be loyal to and do business with.

Considering how the scales are tipping towards women being the earners and workers of the future, can you afford not to support us? If I haven’t made enough of an argument, consider the publicity opportunity, “Tech-Awesome Organization, sponsored by Fem-Care Product.” Breaking the glass ceiling one bathroom at a time. Period.

This post was originally posted at The Naked Innovator.

About the guest blogger: Emily Lutzker is the Founder and CEO of OpenInvo, a bridge between people with great ideas and companies that seek them. OpenInvo provides companies with access to a vast pool of creative ideas, as well as give enterprise methods and guidance for developing new product concepts. She has been a speaker at The 4A’s Strategy Festival, Digital Flash, Ignite NYC and General Assembly, to name a few. Follow her on Twitter at @lutzker. 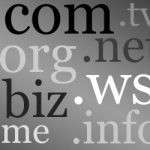 9 Things To Consider When You Name A Startup 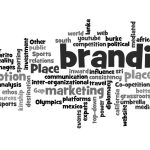 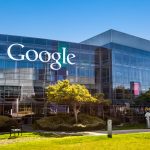 How to Apply Google Smarts to Your Company Culture