An award-winning kit of pre-assembled circuits that snap together with tiny magnets, littleBits gets ready to face the mass market having raised Series A funding and sealed a partnership with PCH accelerator.

She also announced littleBit’s partnership with PCH accelerator, a hardware accelerator that helps take a product to market, saying “With their help we will be able to increase and improve our production capabilities and get kids and adults around the world to get creative with electronics.”

Julia Hu‘s silent alarm clock and sleep coach LARK is a PCH accelerator case study of success – her product wound up on the shelf of every Apple store across America.

To hear Ayah’s vision for yourself, watch her TED talk and check out the littleBits about page describing the award-winning kit of pre-assembled circuits that snap together with tiny magnets.

Congrats to Ayah and her team at littleBits on the happy announcement! I bought a littleBits set a few months ago from Adafruit Industries because the littleBits site was sold out, and can’t wait to see littleBits hit the mainstream market – empowering and educating everyone to learn about electronics in a fun way. 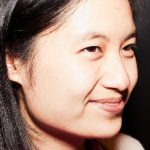 LARK Will Be Sold at Apple Stores Starting June 14 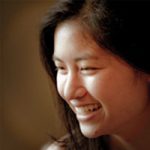 (Video) Why Your Startup Team Needs Diversity — in Race, Financial Background and Gender