The “good mommy” laurel isn’t bestowed based on some arbitrary quality time measurement, it’s based on what works for you and your kids.

The guilt is palpable. Looking into a child’s sad face as you tell him that you can’t play with him because you have to talk to the impatient man on the phone “about money for Mommy’s business” is a gut-wrenching exercise that I wouldn’t wish on the most heartless creature.

There are definitely hard choices to be made when deciding on becoming an entrepreneur as a mom, but choosing between being a good mom or a “bad” mom isn’t one of them.

When I chose to start building a niche digital advertising blog and print-on-demand publishing house for advertising technology and data scientists this May, I chose first that my commitment to my 8-year-old would not be compromised. This meant that I turned down excited investors who required me to move my offices immediately to Silicon Valley. I missed deadlines – some by choice, some inadvertently.

I missed out on many cool networking conferences that required me to leave my child home with a sitter for days on end. My reward, however, was that I told Curious George stories to my son every night without fail, and was always there when a nightmare frightened him late nights and he called me. This made pitching for venture capital harder, but not impossible.

Other women have other boundaries, either more or less restrictive than mine, but the “good mommy” laurel isn’t bestowed based on some arbitrary quality time measurement – it’s based on what works for you and your kids.

The Takeaway: Defy the labels and base your version of success on what works for you and your family.

Rather than give up my vision, I decided to make a chart, military-style, of all of my disadvantages and so-called obstacles. I needed an office, I needed staff, I needed pretty much everything. Then I went to war.

Rather than sobbing to investors for money, I found ways to cut costs by finding a compassionate landlord for my offices a minutes from my home. I (slowly) developed code and apps myself, rather than contracting out. I worked with designers and writers on a barter basis. I learned that even with so many so-called strikes against me, I could eventually move towards competitiveness if I let my project develop over six months, rather than my hoped for three months.

I slowed down my (often ego-driven) push to get everything out now, right now, and pulled back, developing my platform offline as I studied my competitors. I began to think of ways to fill a need within the industry rather than looking for a portion of a mythical pie. I believed that the money would come when I had filled a need.

Knowing that I did not have a staff of 20, or millions in seed financing, I found a way to use my lean startup capabilities to build and test my ideas in ways that costly enterprises could not.

Six months after the idea of an online hub for all things advertising technology came to me, I had a prototype in private beta, and a spacious offices within minutes of home and school. Are we still in beta? Yes, but my development arc works for me and those supporting me because I’ve found a way to make my limitations a springboard to innovation.

The Takeaway: Attack your limitations by building around them.

Making hard choices is the path of the CEO, but it is also a mom’s lot. The decision process regarding how and what you are willing to sacrifice has to be made before you even write your business plan. Once you’ve launched your business you can’t begin to rethink your boundaries.

Your well-being, mentally, is a key component of your success, just as much, if not more, than your fiscal and resource preparedness. Knowing exactly at what point you will no longer put in the time on your vision gives you hope during the long nights and days necessary to bring ideas from napkin sketch to an investor pitch session. Your boundaries let you know that you won’t get in over your head, and you won’t have to live with the guilt of going past what works for you psychologically and morally. Don’t allow your circumstances to determine your level of success.

Some of the world’s most successful entrepreneurs were born with multiple barriers to success – too young, too ethnic, too uneducated to match the more retro profiles of successful business leaders. Your disadvantages become your chief advantages if you decide to innovate past your obstacles.

Don’t have seed capital? Build it yourself and prove to your potential investors that what you did with $10,000 can outshine what your competitors are doing with five million.

The Takeaway: When you chose your boundaries, you also chose the work required to make those self-erected barriers to success inconsequential. Name yourself, not your circumstances or demographic profile, as the key decision-maker in your business and life.

Having boundaries, however, doesn’t mean an excuse to quit. Choosing to work towards success is one thing, choosing to work until you succeed is another. You might not get to do exactly what you love, but you will get to allow your creativity, passion and inquisitive mind to attach to something that is at least somewhat attractive. This means that you may have to redefine your goals, while maintaining your iron-clad definition of success.

Three years ago, I had no idea what advertising technology was, but after a few years of interviewing the CEOs of major companies in the field like AOL’s Ned Brody, I learned to love the intricacies of field along with its turbulent shifts in major players.

This doesn’t mean that I am not still a screenwriter, a vocalist or at work on a book on semiotics and political science, it simply means that I learned to channel my creative passions to something that I have a chance of making work – and earning a living from in a consistent, quantifiable way.

The Takeaway: Define your success based on your personal goals, not external labels.

Rule #5 – Choose to love your enemies like your friends.

Being a mom and entrepreneur means that your work will be judged by people who have less burdens or barriers than you. Some will mock you or even be downright nasty. Others will promise to “have your back” and let you down. Others will come through for you in spectacular fashion. Love them all the same, and treat them equally well. I had no idea what it meant to be a mom and try to launch a business at 19, and I tended to doubt working mom’s accounts of how hard it was even to think clearly in a house with screaming kids with various, persistent attention needs.

Now I get it, boy do I get it, but I also don’t expect a room full of 20-year-olds living with their parents to get it. The industry is brutal and unforgiving, and unfortunately if you do not look like someone at the helm of a lean, buzz-worthy startup, you will have to prove yourself. Repetitively. That’s OK – because your biggest detractors, both private and public, will become your greatest marketers. Take your feelings and your ability to be insulted and just pack it away for a bit.

Letting yourself be hurt by words or lack of words is the equivalent of Kryptonite for your dreams. Do it and fail. The more doubts expressed about your ability to come through because you are female, ethnic, inexperienced or whatever the case may be, the more astounding your success. Choosing to see your detractors or faux-friends as supporters means that you will live free of resentment, but most importantly, you will not fall prey to the self-pity which would lead you to believe that others control your destiny.

The Takeaway: Believe that you, not your supporters or detractors control your opportunities. Take immense pleasure in proving them wrong.

About the guest blogger: Carla Rover is Editor of The Advertising Technology Review. She is a freelance programmer and web developer, specializing in social media platforms. She studied international relations at NYU and law and political economy at The University of Oxford, St. Catherine’s College. Follow her on Twitter at @carlarover. 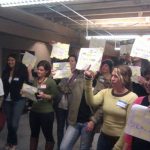 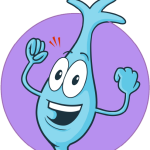 What To Expect When You Are Founding 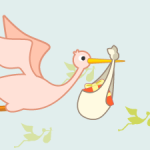 Slowly, Slowly: Growing From Side Project To Funded Startup