Ideas are a dime a dozen – how do you know which startup idea to focus on for success?

That was exactly what we had in mind when putting together the two-day workshop “Will it launch?” in February 2010, led by serial entrepreneurs David Weekly (Founder & CEO, PBworks) and Poornima Vijayashanker (Founding Engineer, Mint) who communicated their battle plan to quickly assess and iterate on startup ideas.

How to make people more comfortable? Get out of their “shells” and expand beyond their comfort zone on day one so they make instant bonds and connections and perhaps find co-founders or make friendships?

SFimprov, a local amateur group, came up with a solution: Improv! We invited BATS pro improviser Kasey Klemm who taught everyone first thing in the morning how to connect, fail, brainstorm and get to know one another.

We all had tons of fun doing improv, and the energy created sustained us through the weekend.

Equipped with theory and business case examples from Day 1, we moved into Day 2 with practical application. We were focused on formulating a business idea into a clear and concise 3-minute pitch. Industry experts came to assist with concept and pitch practice – Betty Kayton, Dave McClure, David Ulevitch, Jorge Calderon, Rashmi Sinha and Saad Khan.

After we had enough practice, we gathered again for improv to get the energy up before the night finale – Pitch to the juries Betty Kayton, Dave McClure, David Ulevitch and Rashmi Sinha. This “Improv for presentation” workshop was led by another BATS pro Lisa Rowland with a bit of contribution from Dave McClure. Once again, energy up, lots of smiling faces and we are ready to go.

We had about 40 pitches that afternoon. All received feedback and thought this experience was invaluable. Our attendees who came from NYC and LA appreciated an opportunity to meet with like-minded people, the majority of whom were females and industry leaders. Our panel of experts were impressed with the quality of ideas, pitches and level of preparation!

This is what one of the participants had to say: “[Thanks for] providing a place to meet like-minded individuals. We keep in touch with a number of the women we met at the event. We are awed and inspired by each and every one of them,” said Sognya Kesler.

Special thanks to Brent Tam who recorded the workshop! Videos are below:

A Boston native and son of a MIT engineer, David Weekly has been programming since he was five and has coded for MIT, Harvard, Stanford, There.com, atWeb, and Legato. David wrote the first layman’s description of MP3 in early 1997 and graduated in 2000 with a BS in Computer Science from Stanford, where he was a President Scholar and a finalist in the ACM International Programming Competition. David started the company that became PBwiki (now PBworks) in 2003, along the way creating SingleStat.us and IMSmarter. David is a Founding Director of Hacker Dojo, a non-profit 501(c)(6) community center aimed at providing programmers in the SF Bay Area a place to collaborate and innovate. This largely came out of David’s efforts as the co-founder of SuperHappyDevHouse, a monthly hackathon whose 33+ Saturday gatherings of 100-400 programmers have produced many projects, companies, and friendships. David was also the founder of the California Community Colocation Project, which provided free colocation services to over 130 non-profits and after merging with the Online Policy Group successfully sued Diebold Election Systems in Federal Court (see OPG v. Diebold). Most recently, David became a mentor at i/o Ventures.

Poornima Vijayashanker graduated from Duke University with a double degree in Electrical and Computer Engineering and Computer Science. After graduating she headed out to Silicon Valley, where she first worked for Synopsys as an R&D Engineer, and started working towards a Masters in CS at Stanford. She left her Masters to join Mint.com in 2006 as the third employee, and has remained the only female engineer there. She has left Mint to launch her own stealth startup. Aside from being a coder, entrepreneur, speaker, and mentor to junior engineers, Poornima blogs on Femgineer.com, is an avid traveler, foodie, and a competitive Bikram yogini.

Betty Kayton is the Founder and CEO of InnovativeCFO. Betty has over 25 years of experience in the technology industry, as a key member of the executive team at high-growth, venture-funded start-ups. Her contribution ranges from strategic planning and fund raising to tactical challengers such as building appropriate infrastructure without stifling growth. Betty concurrently serves as CFO of several high tech companies, and previously was CFO at Leapfrog, Nominum, MGA Entertainment, and senior financial management positions at Fortune 500 companies. Betty holds an MBA from the University of Southern California and a BA from Pomona College.

Dave McClure likes to hang out with entrepreneurs, and occasionally help or invest in their startups if they let him. Dave has been geeking out in Silicon Valley for over twenty years, and has worked with companies such as PayPal, Mint, Founders Fund, Facebook, LinkedIn, SlideShare, Twilio, Simply Hired, O’Reilly Media, Intel, and Microsoft. Many years ago he used to do real work like coding or marketing or running conferences, but these days he mostly does useless stuff like sending lots of email, blogging, and hanging out on Facebook and Twitter. Dave also likes to play ultimate frisbee when his knees don’t hurt.

David Ulevitch is the founder and CTO of OpenDNS and EveryDNS. David started OpenDNS in 2005 after identifying a need for a better performing, more secure DNS service than what was previously available to network administrators. David attended Washington University in St. Louis, where he earned a degree in anthropology. While at Washington University, David created one of the first DNS management companies, EveryDNS, to fill his need for web-based DNS management software. EveryDNS grew from a personal project to a service with nearly 100,000 users world-wide within a few years. David was also in part responsible for the creation and operations of the California Community Colocation Project, which provided free colocation services to over 130 non-profits and after merging with the Online Policy Group successfully sued Diebold Election Systems in Federal Court (see OPG v. Diebold). David has an extensive background in networking and operations.

Jorge Calderon is founder of Springworks, an incubator focused on funding minority and women founders. He previously managed and founded hillView Ventures and was also the founding Director of the West Coast office for a small seed stage investment firm. Jorge served as a board observer for Carsala, Hodo Soy, and Lefora, and led the investment in Rate-it-all. He has also had roles in management consulting, banking and technology. He continues to be involved in civic and social organizations that empower disadvantaged groups. Jorge is a University of Michigan graduate and an MBA from the Kellogg School of Management.

Rashmi Sinha is co-founder and CEO of SlideShare. She focuses on partnerships and product strategy. Her guilty pleasure is design, which she tries
to find time for on the weekends. Before SlideShare, she ran MindCanvas, a game-like survey platform for customer research and sold it to clients like Microsoft, eBay and StateFarm. Rashmi has a PhD in Cognitive Psychology from Brown University and did research on search engines and recommend systems at UC Berkeley. She is a frequent speaker at conferences such as Web 2.0 Expo and Future of Web Apps. She writes a blog at www.rashmisinha.com about running a startup.

Saad Khan is an innovator from R&D to entrepreneurship from Hollywood to Silicon Valley. He launched his first startup while still at Stanford, then worked at Walt Disney and subsequently at IBM Alphaworks. He then spent years at Garage Technology ventures working with Pandora, cFares, TripleHop (ORCL). Along with currently serving as a partner at CMEA Ventures, Saad also founded the Film Angels, an angel network for indie film.

Scott Regan is part of the Apigee team and also responsible for marketing at Sonoa (startup that has created Apigee). Previously, he was responsible for the Yahoo maps and local search product management teams. Before that, Scott ran developer relations at BEA, and was a product manager for Microsoft’s Visual Studio.

Praveen Alavilli is the developer evangelist for the PayPal X Developer Network helping developers to monetize their ideas and applications using PayPal Payments Platform. Prior to PayPal, Praveen worked at Amazon.com and AOL as a System Architect designing and building Web Authentication and Identity systems. Praveen is an active member of several Internet Identity communities like OpenID and OAuth.

Kasey Klemm has been improvising since he and fellow high school ne’er-do-well Mike Barnett started the Devil Mountian Improv League in early 1997. Kasey came to BATS Improv (Center for Improvisational Theatre) in the Spring of the same year, taking his first ever improv class from Barbara Scott. In the Fall of 2000 Kasey was invited to join the BATS Main Stage Company–an invitation he gladly accepted. Kasey has performed with BATS Sunday Players, The Belfry (BATS former Thursday night ensemble), and the Long-Form groups People of Earth! and Improv Factory Outlet. In addition to being a coach with BATS Improv School, Kasey is original cast member of The A**hole Monologues. Kasey is leading the improv session on Saturday, February 6th, 2010 at 10am.

Lisa Rowland has been improvising for over ten years and teaching improv for the last four. A graduate of Stanford University, she was an active member of the Stanford Improvisors, where she first began leading workshops for university groups, both student and faculty. Lisa is the Manager of Improv Training Programs and a Mainstage Company member at BATS Improv, where she also is a member of the Improv On-The-Go team. With On-The-Go she has lead improv-based workshops for companies such as Oracle, Genentech, SFMoMA and Kasier Permanente. She has performed with The Un-Scripted Theater Company, Beatnik Syndicate, How We First Met and No Nude Men Productions and is the creator of several improv formats. Lisa teaches improv to adults as a coach in the BATS School of Improv and is also the coach of the improv teams at both Hillsdale High School and Aragon High School in San Mateo. Lisa is leading the improv session on Sunday, February 7th, 2010 at 2pm.

Event Sponsors:
Thanks to our event sponsors: Microsoft, Apigee, and the PayPal Developer Network! Also, PayPal engineers will be at the “Will It Launch?” workshop to help. 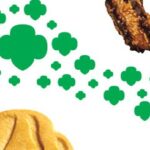 How Tech Is Changing Film Distribution 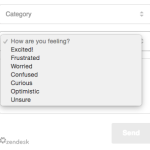 Why it Doesn't Pay to Keep Your Customers Waiting