Sela Davis on Customer Development and the Pivot

Here is a blog post from one of the teams at Women 2.0 Labs this fall 2010 in San Francisco. This week, visiting advisor Brad Feld from Foundry Group was in town to drop by Women 2.0 Labs and give his feedback to the teams.
Sela Davis’s Story

As we entered week 3 of Women 2.0 Labs, Team Modalware started to worry.

“We had gotten some great feedback from the visiting mentors, but weren’t sure where to move next. We’d had more trouble than we had expected trying to conceptualize and build a business model for accessibility-based middleware for games, and we had been asked a very important question: Would game developers pay for something that takes time to implement for a miniscule market?”

As it turns out, DeafNation Expo was taking place in Pleasanton on October 9. We felt it was perfect: our target user market would be there in droves. Expecting to do some research and knowing that interpreters would be present, we arrived hopiCustng for a great experience. But when we walked in, we immediately felt like outsiders. We had completely missed the culture element, and we quickly learned a lot about the Deaf market and Deaf culture from a hearing man we spoke with.

Dejected, we stepped outside and discussed whether or not our plans were reasonable. The Deaf market just seemed too impenetrable for the remaining weeks we had left. After a long soul-search, we decided to start thinking about other ideas and pivots and put Modalware on the back-burner.

Driving back to San Francisco, we continued talking about the other ideas our team members had pitched or considered pitching, and we all found a common pain point: portfolio software. There was no solution out there that allowed us to keep all of our work in one place. Kris, the other engineer on the team, found that she would show her blog entries and her Github account separately to friends and potential employers when job searching. Irene, the business gal, couldn’t find a place to create and store her marketing portfolio, which had many private elements to it. Our user experience designer Jason loved the idea of a simple and painless creation process. I wanted to customize my portfolio depending on what I wanted to show to somebody, but I had no way to do so short of developing my own site and I didn’t want to force game developers to pass through all of my fine art jewelry or audio compositions to get to my code.

“I’d been told many times in the past that it’s important to put all of the bad ideas out there first, acknowledge them, and then banish them, but this was the first moment where it felt so important to do so. It came to benefit us later when we started customer development, since we’d already discussed the pros and cons of various features and how they applied to our ever-shifting market.”

We had a brainstorming session where we began to suggest features, markets, business models, and potential names, which we eventually began to pare down. This brainstorming session was incredibly important to the idea: we were able to get out all of the poor ideas and lay all of the options out on the table, and then slowly determine what we actually wanted to do and what we didn’t.

As we talked, FolioConnect (later renamed BranchPage) began to grow in our heads. We had hit upon a common area that we all felt passionate about, and we quickly felt better about it than we had felt about Modalware. We also felt much more passionate about it, and it showed: by the time we presented to Brad Feld the following Wednesday and got one-on-one feedback on Thursday, we had already made more progress in our customer development and our plan for the product than we’d made in the previous two weeks. We had more useful survey results, a much broader market that we were a part of, and we didn’t have the issue of being four founders outside of the culture of a tightly-knit target community.

We’d pivoted so much that we were nowhere near the same plane, but we were certain that it was the right move. The advisors’ feedback confirmed this, but opened up new questions about the direction of our product. We knew we still had a long way to go, but we were finally ready to push forward and evolve BranchPage organically. After all, this was the first time we’d unveiled the new idea. There would be new doubts, questions, and validations in BranchPage’s future, but we knew this after we pitched to Brad Feld: there is something about this product, and we are excited to keep exploring it. 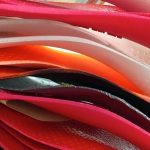 Why I’ll Never Get Bored of My 3D Printing Startup 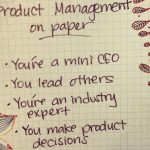 So You Want to Manage a Product?

Health Innovation: It's as Much About Humans as Tech