How to Self-Promote Without Backlash (Women's Career Advice)

By Joan C. Williams & Rachel Dempsey (Authors, The New Girls’ Network) As we discussed in our last post, a recent study by the non-profit Catalyst found that the best strategy to get a raise is to make your achievements known around the office. Seems simple enough, right? Let your co-workers know about a deal that went your way. Be sure to get credit for ideas you originate. Mention that big account you just landed at the next partner’s meeting. Except, as it turns out, self-promotion is just as likely to make people think you’re a jerk as it is to make people think you deserve a raise or a promotion. As Alice Eagly and Linda Carli write in their book Through the Labyrinth, “[S]elf-promoting women risk having less influence than women who are more modest, even though women who self-promote are considered more competent than their more-modest counterparts.” This goes back to the pattern we identified in our last post. The characteristics we associate with success, including confidence and competitiveness, are seen as stereotypically masculine. Characteristics that are seen as stereotypically feminine, like communality and selflessness, not only don’t overlap with the characteristics we associate with success — in many cases, they’re actually mutually exclusive. A woman who trumpets her own achievements is violating the expectation that she is community-oriented rather than focused on individual reward, which can lead to bias and discrimination. This doesn’t mean you can’t or shouldn’t self-promote. It just means you have to be savvy about it. Here are a couple of strategies for how to brag without the backlash.

While we’re specifically speaking to women, a lot of our advice is useful to everyone, regardless of gender. However, because of the lack of fit between how professionals are supposed to act and how women are supposed to act, the consequences of a misstep are greater for a woman than they are for a man. The problem with so much of the advice out there is that it advises women to act more like men in the workplace without warning them about the risks of departing too much from people’s expectations for women. Of course, in the long term we hope for our advice to become useless. But for now it’s important to find the balance that works for you. This post was originally posted at Huffington Post.

About the guest blogger: Rachel Dempsey is co-writing a book with Joan C. Williams titled The New Girls’ Network about common biases women face at work and how to overcome them. She has blogged for Amnesty International, and her posts with Joan have been published on the Huffington Post, Psychology Today, New Deal 2.0, and MomsRising and excerpted in Time magazine. An employee at a national class-action law firm, she worked for plaintiffs on gender discrimination cases.

How to Self-Promote Without Backlash (Women’s Career Advice) 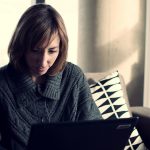 Why (Almost) Everything Women Are Told About Work Is Wrong 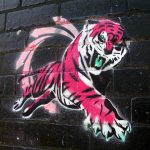 How to Avoid “Pink Ghetto” Software Development for Women

I Don't Want Your Life