Cisco Systems’ chief technology officer Padmasree Warrior is one of the most powerful women in Silicon Valley.

She is responsible for around two-thirds of Cisco’s revenues, which totaled $43 billion in the most recent fiscal year and, with her colleague Pankaj Patel, oversees more than 22,000 engineers.

But Warrior nearly bypassed a career in business altogether — turned off from the tech industry by the dearth of women in the field, she instead aspired to be part of academia.

“I didn’t think about entering the tech industry because I was not sure whether I could be successful in a work environment that, back then, and today still, was very male dominated,” she said. “I thought an academic career would be less demanding and perhaps more flexible.”

Midway through her doctorate, Warrior took a job with Motorola working at a semiconductor factory in Arizona. She assumed she would stay only a year, but instead spent 23 years at Motorola, working her way up to the position of CTO in 2003. Four years later, she was hired by Cisco to be its first ever CTO.

Warrior said she was one of only a handful of woman at her first job and recalls it was “a really daunting experience” having so few female colleagues. Cisco is still dominated by men — just 22 percent of the company’s employees are female — but Warrior argues that women can use the skewed ratio to propel their careers forward.

“I always tell women that the fact that you’re different and that you’re noticed, because there are few of us in the tech industry, is something you can leverage as an advantage,” she said.

In an exclusive interview for The Huffington Post’s Women in Tech series, Warrior shared her take on how the tech industry has changed for women, how women in tech handle power, and the unique challenges women face in the field.

What challenges do women in the tech industry face that men do not?

Frankly, I think one challenge is that having few women in your work environment makes you feel a little isolated and alone. I’m an extrovert, I like talking to people and I make friends easily, but if your personality is somewhat different I think you would struggle to connect with people.

What advice do you have for women pursuing careers in tech?

People remember my last name because it’s different and people remember me in meetings because I dress differently from other people just because I’m a woman. Those kinds of things give you an opportunity and a spotlight, so use that to your advantage. Use it as a platform to demonstrate your knowledge and your capabilities.

How has the tech industry changed for women over the course of your career?

I think perhaps two decades ago, even as I was the entering workforce, women were told they had to be tough in the tech world and have a thick skin.

Are there qualities female leaders have that are unique from those of men?

Women do bring a different perspective. I’m generalizing here and, not to stereotype, but I think that we usually tend to take a broader, bigger-picture view of things.

One thing I often tell women is that we have a tendency to give away our power. I think there’s a difference between giving away power and sharing power. I think women are typically better at sharing power, but if you do that too much, you end up giving your power away.

You have to know when is it okay to share your power and let someone else feel powerful and enjoy the spotlight. But if you give too much of your power away, the people you’re leading will not see you as leader.

So how do you strike the right balance?

I think about what my key strengths are. Many of us have areas of strength where we don’t need to prove ourselves anymore, and those are areas to look to for sharing power.

What’s the most important lesson you’ve learned from a mistake you’ve made in the past?

I said no to a lot of opportunities when I was just starting out because I thought, “That’s not what my degree is in” or “I don’t know about that domain.” In retrospect, at a certain point it’s your ability to learn quickly and contribute quickly that matters.

One of the things I tell people these days is that there is no perfect fit when you’re looking for the next big thing to do. You have to take opportunities and make an opportunity fit for you, rather than the other way around. The ability to learn is the most important quality a leader can have.

The other critical lesson is knowing the power of giving credit away. Oftentimes, especially with younger leaders or managers, everyone is too worried about who gets credit. If you have an idea and you can think of a way to make it someone else’s idea, it is so much more powerful and you get results much more quickly.

What’s the most important thing that can be done to increase the number of women in tech?

I do believe that it’s important to have a foundation at a very young age, or something that sparks that initial interest in tech or science.

However, there is another thing that is important: I think the critical point at which women decide whether to have career in tech or not is at the level of their first job. It’s really important that at that point, women feel like they can be successful and have a career [in tech]. I have seen women who are very interested in tech finish their graduate or undergraduate degrees, but then choose not to pursue a career in tech because they’re not sure they want to spend the next 20-30 years in an industry that’s very male dominated.

Women in Tech, a series from HuffPostTech, showcases innovative female pioneers, from CEOs and scientists to entrepreneurs and engineers, who are changing the way we think about and engage with technology. Read more interviews and profiles from the series here.

About the guest blogger: Bianca Bosker is the Technology Editor of the Huffington Post. Her work has appeared in the Wall Street Journal, Far Eastern Economic Review, Fast Company, Conde Nast Traveler, and the Oregonian, among other publications. She is the co-author of a book on the cultural history of bowling entitled Bowled Over: A Roll Down Memory Lane and a graduate of Princeton University. You can contact her at Bianca AT huffingtonpost.com and visit her website. Follow her on Twitter at @bbosker. 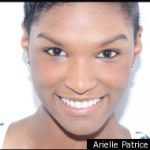 Change Demands a Vision from the Top 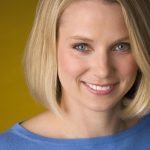 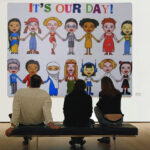