How To Rapidly Prototype A Mobile App In 54 Hours: PhoneGap

By Karen Zeller (Contributing Writer, Women 2.0)
Interviews done with the majority of teams at Women 2.0 Startup Weekend revealed winning mobile strategies to have in mind for aspiring entrepreneurs. The overwhelming majority of startup teams had ambitions of including a mobile solution as part of their offering.

Whether mobile applications were considered so core to their business model that they were prototyped during the weekend varied from team to team, although at least 40% of the teams had not only a web application prototype but also a mobile prototype.

Location-specific services were key aspect for the majority of teams that did do mobile prototyping. Teams such as Stylematic want to leverage barcodes and images taken at stores or at home to recommend matching styles. Parking Gods and Safe Steps specifically use mobile phone GPS information and maps for parking and safe walking routes respectively. Other teams found their target demographically to be especially on devices such as iPhone, and wanted to target their customers while they are on the go.

The most popular tools used to rapidly prototype mobile solutions were PhoneGap and Twilio. One team, Perfect Beauty cut straight to the chase and began developing a prototype for iPhones using Cocoa Touch in XCode.

However the majority found it much easier and faster to rapidly prototype using PhoneGap. The tool was especially popular because it is a cross-platform, HTML and JavaScript based, open source framework which can be used across all different mobile solutions. Another similar solution used by at least one team, Citizen App, was Sencha Touch. Teams with basic knowledge of graphics, presentations or user interface design could get the tool up and running quickly and were able to complete full mobile sample applications in a matter of hours.

For mobile messaging, the majority of teams found Twilio an easy-to-use voice-over-IP solution which was fast to set up and intuitive. The majority of teams used Twilio if they had for text messaging and alerts send by the application. For instance SafeSteps would SMS a message to loved ones if a person arrived safely at a destination. Parking Gods application texted alerts to premium users if a parking spot was coming up in their area.

Overall the response by teams using cross-platform mobile frameworks and messaging for their sample applications was overwhelmingly positive about their ease of use. Julian Threatt, who has experience in a variety of mobile technologies and devices remarked, “Most of these solutions are easy to learn and once you know the model for one tool, it is easy to learn the other ones. I can’t recommend it more highly for getting a sample mobile application out quickly.”

On a related note, here are Sarah Allen’s slides on Mobile Lean UX from Startup Weekend. She is a proponent of building on the mobile web first, because it’s faster to prototype and do customer development before investing a big chunk of time and money in building on one mobile platform:

Before you rapidly prototype your mobile app, be sure to check out these favorite applications of designers for wireframing and creating visual designs.

About the guest blogger: Karen Zeller is software professional, holding progressively responsible positions in technical communications, program and product management. Most recently she has been working in a 75% legal and administrative position at Stanford while raising a young child. She volunteers for non-profits including RailsBridge and Women 2.0. Karen holds degrees in Anthropology and Finance from UC Berkeley and a J.D. from Stanford University School of Law. Follow her on Twitter at @karenzeller8. 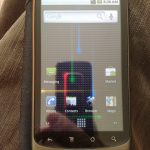 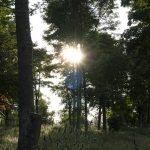 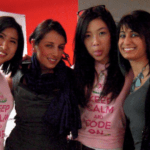 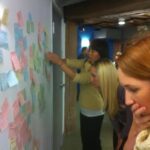