Last November, Elizabeth and I met as part of Microsoft’s Your Office Your Terms campaign. A large part of the campaign was to reach out to women entrepreneurs across the country and talk about the triumphs and challenges they face as they strive to build businesses.

As we became more involved and engaged with this community, the stories that emerged were both amazing. There are so many outstanding women creating new and expanding established businesses. It was clear to both of us that these stories needed to be told.

This is what we plan to do – show true, honest portrayals of women’s journeys. The documentary will focus primarily on three to four young female-driven businesses – following their successes, failures, struggles, concerns, disasters, and miracles.

Through the lens of these specific individuals and experiences, with input from policymakers, investors, academics, and more, the documentary will explore key triumphs as well as issues that women entrepreneurs face.

Our Goal For The Documentary

Simply put, we want to get the film out to as many people as possible. It is a film with a universal message of struggle and success, taking place in the world of womens’ entrepreneurship. We think it is a story that will inspire. The completed documentary will be aimed at wide distribution and a general audience, with smaller web pieces created to delve deeper into some stories and issues. We hope to eventually take the film to audiences around the country.

How You Can Help

This film is only possible with the support of our community: women, women entrepreneurs, independent film fans, and anyone who loves a positive, inspiring story. Your participation and involvement will make this film happen and the stories spread.

Please support the “She Means Business” Kickstarter project, blog about us, spread the word on Twitter at @shemeansbusines and yell from the rooftops! Let your friends, teammates, supporter groups, networks, and co-workers know about the film and this campaign. We want everyone involved! For more information about how to get involved, email Jackieb@shemeansbusiness.org.

About the guest blogger: Jacqueline Baptist is the Executive Producer of She Means Business. She is an entrepreneur from Malaysia originally and migrated to the United States in late 1980s. Prior to starting her own business, Jackie worked in the high tech industry, focusing on finance and marketing. She began her career in International Banking. The first project she worked on for the World Bank was a project to help young girls in Yemen gain access to education – women related issues are near and dear to her heart. 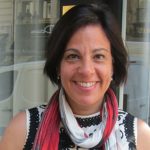 Joanne Wilson: An Angel Who Bets On Women-Led Companies 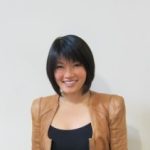 Is It Time to Let Your Management Team Go?