From ModCloth to Moda Operandi, these tech startups in the fashion space are founded by women to watch.

Democratizing fashion has never been so venture-fundable.

With successes like Gilt Group and Ideeli, “a lot of women go to Harvard with the intent of working on the business side of fashion” said Snapette founder and CEO Sarah Paiji.

Earlier this year, Xconomy proclaimed that “early successes coming out of Harvard, embodied by flash sale company Gilt Groupe, cofounded by Alexandra Wilkis Wilson and Alexis Maybank (both HBS ’04), seemed to have created an energy among graduates.”

Venture capital firms, recognizing the strength of women as consumers and producers, are investing in fashion-oriented startups led by women. For one, Harrison Metal, founded by Michael Dearing, has invested in ModCloth, Polyvore, Joyus and Birchbox.

Here are some notable women entrepreneurs in the high-growth fashion tech space:

Julie Wainwright (Founder & CEO, The RealReal)
Former CEO of Pets.com in 1999, Julie Wainwright is back with The RealReal for online luxury fashion consignment. She loves clothing with clean lines and high heels. Follow her on Twitter at @julieatrealreal.

Let us know about more fashion tech women entrepreneurs in the comments below! 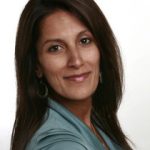 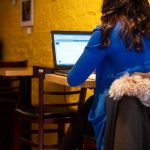