When Looking For New Business Ideas, Don’t Overlook Your Family

“The more students I talked with, the more I realized a very clear need for the kind of app I had in mind.”

Women are often thought of as the great communicators, from business to family – and sometimes those two worlds collide with amazing results.

For many years, I have been an advocate of the underserved education market. Six months ago, my teenage son was working on a complicated science project for school. I watched his frustration grow as he scoured the web, looking for relevant information to aid in his project. He looked through websites, videos, charts, but, short of going to a university library, he wasn’t able to find exactly what he was looking for.

“I wish there was a study group for this class that I could message from my phone,” he said. These words struck a chord with me.

In my line of work, students are often seen and not heard, but that day, I not only saw my son’s frustration, I heard his need and that started me to wondering if he was not alone in this struggle. It wasn’t long before a business idea came to mind.

I spent the next few weeks designing and researching the possibilities and need, for an app that would help students learn, find answers and ultimately, connect them with a virtual study group derived of students across the nation. I began speaking with college students, finding out how they messaged each other, and how they communicated and I discovered that texting was their primary method of communication.

I learned that my son was not alone; students across the country had the same problem when it came to research and finding relevant information online. The more students I talked with, the more I realized a very clear need for the kind of app I had in mind. Out of this need, Answer Underground began to take shape.

Once I reached out to industry leaders, I began forming an advisor team. I was lucky enough to partner with a talented mobile developer who began coding, enabling us to finish the app in record time.

Answer Underground went into private beta with 100 students and we spent the first two months getting feedback and looking at usage data. We took students out for weekly coffee, one-on-one interviews and group conversations. We listened, fine-tuned our use cases and added features that resonated with our student beta testers.

Recently, Answer Underground was released from private beta as an education app for students, connecting them with information they need via group Q & A. We want to give students the opportunity to join existing study groups as well as nationwide study groups in the same area of focus. We also encourage educators to join these groups, which provides them a detailed view of questions their students most need help with.

As a woman entrepreneur, I am proud of my creation and grateful to everyone who has helped me shape and grow this new venture. Sometimes the best ideas start in the real world and in my case, I couldn’t have had an idea any closer to home.

About the guest blogger: Sallie Severns is Founder of Answer Underground. After successfully launching education verticals for Nextag and Answers.com/Announce Media, Sallie focused on the underserved education market by creating a learning app, connecting students with academic Q & A in a group environment. Sallie holds a BA in English from UC Berkeley and has spent the past seven years focused specifically in education lead gen. Follow her on Twitter at @sallieseverns. 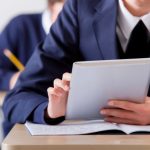 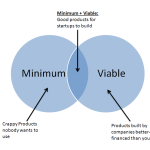