Women In Tech Earning $125,000+ A Year Should Consider Investing In At Least One (Female-Founded) Startup

Founding partner at 500 Startups Dave McClure wants every woman in tech to become an angel investor, saying “Stop talking about the problem and become part of the solution.” He challenges women working in the technology sector who either drive a nice car, own a nice house or earn over $125k a year to become an angel investor – and invites you to accept his challenge to make three (3) investments of $5k each in a startup businesses this year.

We at Women 2.0 hope at least one of those three investments is in a startup with at least one female founder.

Dave argues that while everyone rails on the lack of women in technology, venture capital, leadership position and entrepreneurship, few are talking about how to get “more women to be investors who can create their own solutions.”

Through the 500 Startups program, Dave has invested in “50+ women CEOs and ~100 women co-founders… Some of our best-performing companies are/were led by women — SlideShare, Wildfire, TaskRabbit are just a few, and many others are kicking ass too.” He details his own experience as an angel investor, doubling his investments in 8 years. You can read about it more here.

Women with the ability to invest in early-stage companies can and should. We need more women investors so women-led companies can have a better shot at raising the capital they need to go big.

There are many women earning over $125k a year in the Silicon Valley (and elsewhere) with money to invest in early-stage companies as part of their investment portfolios. Along buying your stocks and CDs, you can buy in on early-stage startups you believe can turn your investment into a profit. After all, we have more faith in women as drivers of change than ever before. From leaders like Marissa Mayer and Sheryl Sandberg, to the graduating classes of our nation’s educational institutions, women are on their way up in the world.

Following the Pipeline Fellowship ethos, women can and should invest money not only in philanthropy but in business – and we as women in technology are well suited to be investors in early-stage businesses and startups. If you’re not feeling that you are prepared to invest, sign up for investor training with Golden Seeds, apply to be a Pipeline Fellow or let 500 Startups educate you.

Will you join 500 Startups and Women 2.0 in this challenge to create more women investors?

Let us know in the comments below why or why not. 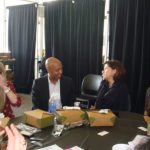 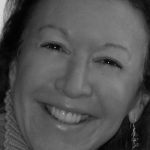