UX Design Can’t Be An Afterthought

Historically, designers in technology companies often feel like the only girl in the room. They were brought in late, more often than not and shown a ugly product and were asked to “make it pretty.” This sounded mighty familiar to some, who also heard in their personal life to “just sit there and look pretty.”

This was an unpleasant life. Firstly, pretty is not valued. It’s gravy on steak. If the product wasn’t pretty, it’d still ship. Dates wouldn’t be pushed out to take time to make it pretty, and the longer the development process took, the less time for prettification was left. Secondly, pretty is not what design does best. It is the worst minimization of what design is capable and undervalues the unique strength it brings to the competitive table.

Design gives form to ideas, communicates meaning and connects users emotionally to a product. And yet design was putting lipstick on a pig for many years, arguing passionately for surprise and delight but getting only a few weeks at the end of the development cycle to “pretty it up.”

The best companies let you do usability testing. The worst hired a designer to do the logo. Maybe.

But then a few things happened in the tech world. One was the rise of “design thinking” as a meme. Another was the rebrand of “web design” into “user experience design” or “UX.” And finally, Apple happened. Apple products were so visibly designed, such a joy to use from the moment you opened the box to each time you put those white buds in your ears that told the world what was in your pocket. Apple products sold and sold and sold. Business couldn’t say design wasn’t important.

Design thinking came along as the business pundits were once again looking for sources of inspiration for innovation. Innovation is the Holy Grail for companies trying to grow, it’s also catnip for consultants to those companies. I don’t want to sound jaded; not all that shines isn’t gold, after all. And design thinking, with its emphasis on abductive reasoning (leaps of insight) over deductive thinking (1+1=2) created a demand for “creatives.”

Meanwhile, web design had fragmented into dozens of half-warring, half-cooperating specialties: information architects and interaction designers, visual designers and content strategists along with researchers, brand specialists and the occasional UI engineer. There were even a few folks calling them experience designers, but they too often got lumped in with imagineers by an industry too young to think much past the homepage and registration flow.

Jesse James Garrett, working as an IA in 2001, got a book contract about the same time I did. We met in a coffee shop to compare notes, and discovered we had conceptualized our books to be rather alike. We decided to divide and conquer. I went deep and practical, writing a book on Information Architecture. He went wide and visionary, crafting the brilliant Elements of User Experience. His book (and the diagram it was based on) found its way onto every tech designer’s desk.

So when the information architects and interaction designers user interface designers got tired of turf battles and arguing over terms of art, when they got tired of being relegated to a tiny corner of the product creation process, it was obvious what they should do. His model of user experience united the various crafts into a common goal and gave design a new name and a new purpose. We weren’t there to make it pretty. We weren’t even there just to make it usable. We were there to make an experience.

And finally, companies who committed to designing experiences starting winning. Apple is the great poster boy for any designer trying to argue relevance, just as Madam Curie was a useful reference for any woman trying to argue women could be good at science. Now designers are not only part of the core product team at established companies, they are founders, and there is a new fund devoting to helping them build more companies that create amazing user experiences.

But plenty of designers who lived through the pretty years got beat down. They still ask me “but what if I’m brought in after the product’s half built” or say “well, there is no room on the schedule to do good design process.” Just like so many women who heard their whole life what they could and couldn’t do they have forgotten to try.

Worse, they waited to be asked to join the table where decisions were made instead of asking for their place at it. And now that design is finally valued, it is up to the designers themselves to step up, take that seat at the table and assume their role as an equal member of the team.

I’m proud to say I’m teaching a class at General Assembly to train the next generation of user experience designers. I will teach them the lessons of the specialties; information architecture and interaction design, user research and interface design. I plan to bring in veterans of design like Andrei Herasimchuk of Twitter and Steve Johnson of LinkedIn who know how to sit with a CEO and talk about the user experience. But mostly I hope to train a group of people who expect that seat at the table, and provide value the moment they sit down. And if they are female designers, so much the better.

Editor’s note: General Assembly is offering a full scholarship for a seat in the User Experience Design course in San Francisco. Click here to request an application.

About the guest blogger: Christina Wodtke is currently acting as an advisor to startups. Most recently, she led new product development and reinvention as a GM of Zynga.com at Zynga, was general manager of Social at MySpace, principal product manager at LinkedIn and senior director of design at Yahoo!. Christina also founded a startup where she developed the collaborative blogging tool PublicSquare; founded Boxes and Arrows, an on-line magazine of design; and co-founded the Information Architecture Institute.

UX Design Can't Be An Afterthought 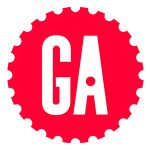