Women 2.0’s Regional Manager for Spain and Latin America Patricia Araque said, “The first anniversary is important for our community. This year, we have connected more than two thousand women through our events in Spain.”

Laura Valverde García (Co-Founder & CEO, Beetailer)
Hailing from the south of Spain (Sevilla), Ruby on Rails developer Laura Valverde García co-founded Beetailer to help you import your existing web store onto Facebook. She is part of the only Spanish company to participate in Y Combinator. Follow her on Twitter at @lvalverde.

Cristina Galán (Co-Founder, Bitcarrier)
Barcelona-based mompreneur Cristina Galán co-founded Bitcarrier, the leading provider of a real-time traffic management and information system used by both public entities and the private sector. Follow her on Twitter at @cgalanb.

Marta Esteve (Co-Founder, Rentalia & Soy Super)
Earlier this year, Marta Esteve sold her European vacation rental platform Rentalia to Idealista. At the one year anniversary of Founder Friday Madrid, she announced the launch of her new company Soy Super for comparison shopping. Follow her on Twitter at @martaesteve.

Kavita Parmar (Founder & CEO, IOU Project)
Spanish fashion designer Kavita Parmar founded IOU Project to provide traceability to the fashion industry. Buyers have the ability to trace the process from finished item right down to the weaver that hand-wove the fabric. Follow her on Twitter at @theiouproject.

“In a day as today, we want to celebrate their talent more than ever. The Women 2.0 mission is actualized at Founder Friday events – women are empowered, women connect to the entrepreneur ecosystem and women get exposure for their ideas and ventures. We believe in the future because you ladies – thanks for this awesome year of successes!” said Patricia Araque, co-founder of Ellas 2.0.

Women 2.0 readers: What female founder of a high-growth or high-tech company inspires you? Let us know in the comments below. 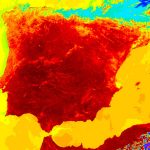 Spain Will Escape Its Economic Crisis Through Innovation, Entrepreneurship 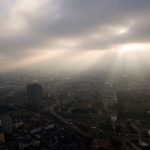