Why Are There A "Despicable" Number Of Women On Boards?

What gets Fran Maier, a member of the founding team of Match.com, riled up? The “despicable” number of women serving on boards and the conventional wisdom on why progress has been so slow. Fran Maier will be speaking at PITCH SF 2013 Conference on February 14 – get your early bird ticket here.

Fran Maier, the first general manager of Match.com and one of the first half dozen employees hired after the company was founded in 1994, has seen plenty of things change in her nearly two decades in tech.

She’s seen the rise of online dating, of course, been at the heart of the battle over privacy in her role as executive director of TRUSTe and witnessed the emergence of the concept of online community. But there’s one thing that really hasn’t budged much in all her time in the industry, and speaking about it gets Maier pretty riled up.

“The amount of women on boards is so despicable. It’s the last bastion,” she told Women 2.0 before reeling off some alarming statistics.

Of the approximately 5,500 board seats at Fortune 500, just 19 seats are occupied by women. If you look more broadly at all U.S. public companies, women hold only 16% of board seats. About 29% of U.S. companies have a grand total of zero women on their boards.

Put that all together with the glacial rate of change and that means it’ll be 2070 before we get to 50% of women on boards, according to Maier.

The Conventional Wisdom Is Wrong

While research has proven that adding more women to boards improves financial performance and governance, and also better positions a company to reach 50% of the market, what really upsets Maier about the discussion of women’s shocking underrepresentation on boards is the sloppy thinking behind the usual explanations for the problem.

Often the limited number of female executives “in the pipeline” is cited as an explanation, but Maier doesn’t mince words when she described her feelings about this conventional wisdom.

“This pipeline thing is just a bunch of bullshit,” she says, elaborating on how this explanation demonstrates sloppy thinking using the example of tech.

So where then does Maier point the finger of blame? At simple inertia, basically, and the eternal truth that we tend to hire who they know, and who boards know tends to be men.

“Look, when TRUSTe went through its transition [from a non-profit to a for profit company], I hired a bunch of guys. These are good guys, but when they look to hire, they hire the people they know and they know mostly guys,” she says.

Low turnover and a lack of term limits (which BusinessWeek has advocated for) add to the problem, as does a preference to hiring candidates who have already served on boards, which further slows the already limited momentum towards change.

In your opinion, what needs to be done to make real progress towards getting more women on boards?

About the writer: Jessica Stillman is a freelance writer based in London with interests in unconventional career paths, generational differences, and the future of work. She writes a daily column for Inc.com and has blogged for CBS MoneyWatch, GigaOM, and Brazen Careerist, among others. Follow her on Twitter at @entrylevelrebel. 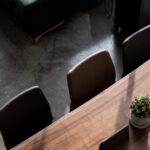 Why Are There A “Despicable” Number Of Women On Boards?

Up Next on Lightning Lessons: Founder of TRUSTe and Match.com Explains Why Scarlett O’Hara is Her Role Model