Startup Lesson: Talk To Customers Before Building Anything

Through her research, Gülin not only isolated the trend toward automation within the industry, but addressed demand by developing a product that would eliminate outages due to human error.

In our One Million by One Million (1M/1M) global virtual incubator, we always advise entrepreneurs to talk to customers BEFORE building anything. We ask them to do as much research as possible. Some listen, some don’t.

When she and her business partner first began their venture, it wasn’t through literal product testing, but a testing of the waters – introducing their product idea through discussions with numerous potential customers to gauge a reaction to their future business. What they found was a need: but not the one their venture sought to fill. So they scratched the original idea, and instead it was OpsVisibility that was born.

Palo Alto-based OpsVisibility is designed to help the IT sectors of mid-size companies manage their cloud infrastructure. By providing SaaS information management, it serves as a Single Source of Truth (SSOT) for customer systems and can eliminate unnecessary time and energy spent by IT operations departments. By enabling automation, OpsVisibility streamlines cumbersome manual processes, and delivers serious return on investment.

Gülin brings to the table diverse past experience, both in product management with PayPal, and successful entrepreneurial ventures, such as CoachMe and Awardly.

An engineer by education, combined with an MBA from Stanford University, Gülin understands the importance of gathering data, and that in the world of business it must be gathered from the users of your product. Through her research, Gülin not only isolated the trend toward automation within the industry, but addressed demand by developing a product that would eliminate outages due to human error, enabling tech companies to grow faster and repurpose their servers.

Her thorough investigation succeeded in validating both her business and pricing models, and as a result OpsVisibility can draw upon a confident customer base when they launch the first version of the product, set to go live in January 2013.

Gülin and her team currently face the challenge of building a business that aligns to customer needs with limited resources. But with a strong base in research comes a structured business plan: OpsVisibility is set to be bootstrapped until the $1 million revenue mark, so budgeting is fixed. And thanks to customer feedback, there is a clear and specific design already in play for the first version of the product.

OpsVisibility’s closest competitors are homegrown, 95% built within the companies they serve. Gülin hopes customers will overcome the initial skepticism associated with an outside product, especially one that has been validated by over 100 individuals across 62 Silicon Valley-based companies. They target a total of 10 customers in the second half of 2013.

With considerable work on the front-end, Gülin managed to bring an entire business from concept to customer validation in only three months. Long term, she and her team envision that their SSOT will become a platform upon which future cloud intelligence applications are built, keeping it both affordable and extensible.

Women 2.0 readers: How has customer development pivoted your business model into a successful one? Let us know in the comments! 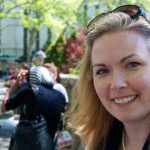 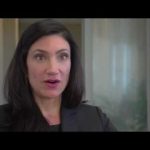 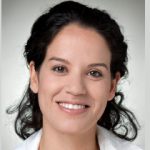