Meet the female founders in the Google Ventures portfolio.

The venture capital arm of Google formed in 2009, Google Ventures has 100+ companies in its portfolio – check out their nifty infographic for 2012 impact and reach with $300M in funds.

The investor to watch from Google Ventures is Rich Miner, better known as the co-founder of Android. The Boston-based venture capitalist sourced female-founded deals Adelphic Mobile, Buyside FX and Wantworthy for Google Ventures, bringing them into the fold of its portfolio companies.

Here are 10 women entrepreneurs who have founded companies backed by Google Ventures. These are definitely female founders to watch:

Aigerim Shorman (CEO & Founder, Triptrotting)
Born and raised in Kazakhstan, Aigerim Shorman is now based in Los Angeles building Triptrotting, a LaunchpadLA and Google Ventures-backed startup connecting like-minded locals and travelers around the world. Follow Aigerim on Twitter at @AigerimD.

Anne Wojcicki (CEO & Co-Founder, 23andMe)
After 10 years of healthcare investing, Anne Wojcicki hoped that she could have a positive impact on research and medicine – enter 23andMe, a Google Ventures-backed personal genetics company. Follow her startup on Twitter at @23andMe.

Holly Liu (Chief Of Staff & Co-Founder, Kabam)
Leader of the people org Holly Liu is a co-founder of Google Ventures-backed Kabam, a social gaming company. Previously, she was in charge of design of all the products including Kingdoms of Camelot. Follow her startup on Twitter at @kabam.

Shana Zheng (Co-CEO & Co-Founder, Triptrotting)
Hailing from Inner Mongolia and the Midwest US, Shana Zheng is now based in Los Angeles building Triptrotting, a LaunchpadLA and Google Ventures-backed startup connecting like-minded locals and travelers around the world. Follow Shana on Twitter at @ShanaZheng.

Shereen Shermak (VP Product Management & Co-Founder, Buyside FX)
With a track record in finance startups, Shereen Shermak is bringing transparency to the Foreign Exchange industry with Buyside FX, a Google Ventures company. Her first startup was Fashionplaytes, which she co-founded with Sarah McIlroy and has raised $5.5M Series A.

Women 2.0 readers: Have we missed a female-founded Google Ventures-funded company? Let us know in the comments below. 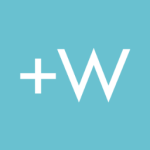 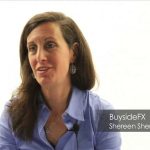 This Is What An Angel Investor Looks Like – Shereen Shermak