Victoria Ransom has crossed all those supposedly insurmountable obstacles: starting up, bootstrapping to validation, raising venture capital to scale, building a solid revenue stream, and finally, achieving a successful exit.

A blog post that I wrote on the subject in October 2010 still garners readership and discussions. Meanwhile, our 1M/1M virtual incubator continues to work with women entrepreneurs actively, and I am happy to report that women ARE starting up companies, and building interesting businesses ranging from healthcare IT to e-commerce, and everything in between.

What’s more gratifying: the trend is alive and well on a global basis.

Here is a woman that I would like the readers to get to know in-depth. Not only did she start a technology company, she raised venture capital, and has taken her venture through a successful exit.

Victoria Ransom never knew she wanted to be an entrepreneur. Growing up on a farm in rural New Zealand, surrounded by a small and supportive community, Victoria instead had her sights set on gaining admission to the exclusive United World College.

A network of schools founded during the Cold War era, the junior colleges emphasize a combination of community service, outdoor activity and academic study, bringing together students from around the world to foster a sense of international understanding. After attending United World College’s campus in New Mexico, she settled in the U.S. as a psychology student at Macalester College, a school similarly focused on internationalism and with a diverse student population.

Rather than pursuing a full time career in psychology, it was business that piqued Victoria’s interest. She traveled to London with a consulting firm before joining Morgan Stanley. There, her exposure to entrepreneur pitches – and a desire to take a vacation with her boyfriend – led to their departure from investment banking to begin Victoria’s first business venture, Access Trips, in 2001. Access Trips, a travel planning company aimed toward young professionals, proved successful from the start and grew into a global network of trips with a strong customer base. In five years, it would provide Victoria and her boyfriend-turned-cofounder a strong understanding of business processes, send both back to business school, and serve as the instigator for their first software company.

In 2007, when Facebook expanded business presence with the introduction of fan pages, the opportunity to create a personalized software solution arose again. Victoria and her co-founder, seeking to give away a free trip to their online fans, created an application to run a sweepstakes through their page – an application that soon began popping up on established enterprise sites like Kayak and Zappos. They responded by expanding the product to a standalone application and expanded it to include a variety of social networking capabilities. In 2008 Victoria applied for the Facebook Fund and received a $250,000 grant. Wildfire was in business.

Wildfire is a social media marketing provider that helps businesses run social media campaigns, manage analytics, and develop their online leads. It draws upon the viral effects of social media to spread, tapping into the user base of each campaign with a call to action. In addition to a strong presence on Facebook, Wildfire is fully integrated with YouTube, Twitter and LinkedIn.

As the original prototype Wildfire was free, Victoria and her boyfriend spent their first year of business building an expanded version of the product they could then charge for. Upon release, Wildfire became available on a per-campaign model, customizable, depending on the size and needs of the business. With credibility based on their funding from the Facebook Fund, they gathered customers quickly after launch and acquired both new employees and $100,000 in revenue within their first month. As Victoria herself says, “everyone needs social media.”

Since their start, Wildfire has grown to nearly 300 employees, and can include 30 of the top 50 global brands among its clients, including Facebook itself. Clients include SMBs, and affordable options are available for small businesses and nonprofits, but their focus remains mid-size and large brands.

After raising a Series A of $4 million in May 2010, Wildfire continued to generate considerable revenue until its second round of funding in 2012. Victoria was expecting revenue to approach the hundred million mark by the end of 2012.

However, in July 2012, Google came knocking, and scooped up Victoria’s company for over $350 million.

Victoria herself continues to work in Silicon Valley, championing the cause of women in technology after earning a place on the “25 Women To Watch In Tech” in both 2010 and 2011. Earlier this year, she joined U.S. President Barack Obama in Washington D.C. as Silicon Valley’s representative signatory on the new JOBS act. Though Victoria expresses frustration that she has yet to find female engineers in the numbers to match her enthusiasm, she continues to give her all to Wildfire, and happily so.

She has crossed all those supposedly insurmountable obstacles: starting up, bootstrapping to validation, raising venture capital to scale, building a solid revenue stream, and finally, achieving a successful exit.

I continue to be extremely bullish on the women entrepreneur issue, and stand firmly against the thesis that women face prejudice in the startup world. On my blog, I have featured case study after case study of successful women entrepreneurs: Victoria Ransom, Julia Hartz, Therese Tucker, Amy Pressman, Judy Estrin, Sara Sutton Fell, Wendy Tan White, and numerous others. Together, these women have been
responsible for hundreds of millions of dollars in revenue.

The issue is not that women face prejudice. The issue is that not enough women become entrepreneurs. For those who do venture into this turbulent world, the rules of the game are the same as it is with men: Entrepreneurship = Customers + Revenues + Profits.

As long as women entrepreneurs remain focused on those fundamentals, we will continue to move forward as a society and as an industry. For those who choose to whine about prejudice and obstacles, you are wasting your time.

Women 2.0 readers: How have you built your business model to be a successful one? Let us know in the comments! 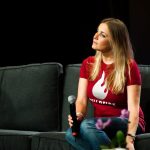 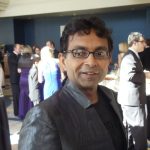 How to be a Tech Entrepreneur Without Knowing How to Program 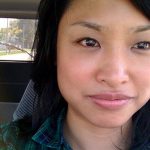 Female Founders to Watch in the Facebook Ecosystem
Judith Martinez