I remembered what I’d been told – that in this case, most men would just forge on and make a counter offer, so that’s what I should do, and it was not a big deal on the company’s side.

Hackbright Career Day was December 4th and graduation was December 7th. I planned on spending the next month studying, seeing as how I’d been in hiring positions before and knew that companies don’t usually plan on hiring at the end of the year.

However, most of the companies seemed keen on interviewing immediately, and since other Hackbrighters were interviewing, I felt like I needed to interview as well to have any kind of edge. I spent the next week catching up on emails, cramming, and interviewing. I actually really enjoyed seeing companies, meeting people, and working through code with engineers, and I felt like I was able to put myself across well.

That didn’t stop me from being surprised and ecstatic when, one week after graduating, I got a call saying that a company wanted to give me an offer. As I’d been tutored to do, I didn’t want to give “a number” when asked, so my potential employer said they’d put in their own number.

As I waited for the official offer, I worried about making a counter offer. At Hackbright, we’d heard sad statistics about women making 75 cents to men’s dollar; women don’t make as many counter offers or ask for raises; we even downplay ourselves in interviews when men brag themselves up.

When I received the offer, I was disappointed. I felt like they might have thought, “We can save money by hiring these Hackbright women because we can argue that they don’t have any experience,” or that they didn’t think I was worth much, which started to give me a negative view of the company.

But I remembered what I’d been told – that in this case, most men would just forge on and make a counter offer, so that’s what I should do, and it was not a big deal on the company’s side.

The number was lower than the low I had prepared myself for, and the last time that happened to me, I was told the company couldn’t pay more, but I couldn’t pay rent, and I had to look elsewhere for work. I knew that if I ended up working at the company now offering me a job, I’d have to make a counter offer, or I would be forever bitter that my company undervalued me. But the counter offer I wanted to make was pretty high.

I consulted with Hackbright co-founder David and with my husband Michael (who both said that the job would be good experience anyway but that I could try for more) and decided that no matter how demanding it may seem, I was going to throw them a much larger number (about a 35% increase) and be willing to walk away if I didn’t at least get 5,000 lower than that number (as Poornima of Femgineer suggests). I was also concerned because the offer said a different job title than what I thought I had been interviewing for.

Before calling back, I was so nervous that I practiced the phone conversation with Michael many times. I finally called and confirmed first that the position would still be engineering-heavy and that I would have opportunities to learn. When I was satisfied, I said that the number had been quite low and because of what previous Hackbright students were getting, the market average, and my experience in B2B companies, I would need closer to X to accept the offer.

Then I paused (and held my breath). What did he say?

“That’s fair. Is the money the only thing holding you back?”

“Let me call you back after I consult with HR.” Forty minutes later, he called back and didn’t even haggle.

Wahoo! It was so nice to have everything squared away before Christmas so that I could enjoy time with my family.

I honestly think that counter-offering was one of the scariest things I have ever done, but now I know I can do it and that it can turn out positively.

No matter what happens with this job, I consider how far I’ve come a success story already.

I’ve made so much progress in such a short time and I feel so much more satisfied now than I did in the career direction I was headed not even a year ago. Hackbright has changed my life and I would honestly tell anyone that it’s worth any sacrifice if you can get in.

This post was originally posted at Michelle Glauser’s blog.

Women 2.0 readers: How did you successfully navigate a salary negotiation?

About the guest blogger: Michelle Glauser is a Customer Success Engineer at Get Satisfaction. She is a recent graduate of Hackbright Academy, a 10-week intensive course in San Francisco that trains women to become web developers. She is loving her complete career change from academic digital humanities and is still voraciously consuming loads of development information suggested by Google and the helpful tech community. Follow her on Twitter at @MichelleGlauser. 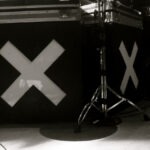 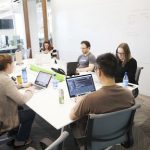 5 Things to Consider Before Learning to Code
Judith Martinez