What Will 2013 Hold For Women In Business?

In 2011, I wrote an article about how it had never been a better time to be a woman in business. At that time, women led-firms were the fastest growing sector of new venture creations in the US, while in Brazil there were more female entrepreneurs than male. There were growth opportunities for women in the UKand these were necessary because we still had plenty of ground to make up on our American counterparts.

Fast forward to 2013 and with a month of the New Year under our belts, it’s time to re-evaluate. 2012 was a big year; London took centre stage hosting the Olympic Games, the economy started to show tentative signs of recovery and from a personal perspective, Moonfruit was acquired by hibu (formerly Yell group).

In the UK at least, the landscape for female entrepreneurs is looking better than ever. According to government figures, 15.2% of directors of FTSE 100 companies in February 2012 were women (up from 12.5% in the previous year). For FTSE 250 companies, 9.6% of directors were women, up from 7.8% a year earlier. I’d predict that there will be another jump in these figures in 2013.

Statistics aside, sometimes the best way to affect change is to create disruption at a fundamental level. I’m a big supporter of women of all ages in business, and particularly technology entrepreneurship. I’m also a passionate believer in supporting young women at grass roots level. Getting school-age women interested in tech and business has been a focus of mine since we started Moonfruit, and I’m pleased to say that more and more women are becoming interested in historically male-dominated industries.

At the end of last year, I was excited to speak at the FT’s Innovate conference and it lived up to my expectations. Amongst a packed roster of thought-provoking speakers was Troy Carter, founder and CEO of the Atom Factory and the mastermind behind the creation of ‘Brand Gaga’. When asked about the opportunities for the youth of today, his reply was that there are now fewer barriers in terms of race, geography and access to knowledge than ever. I have to agree with him and it’s exciting to think that women are able to take advantage of these changes.

I’ve been a keen supporter of the ‘Silicon Valley comes to the UK’ initiative, which is co-chaired by serial entrepreneur Sherry Coutu. The events run by SVCUK bring together entrepreneurs, investors and thought leaders from the Valley and the UK to explore ideas and to ignite local entrepreneurship.

As part of the scheme, I’ve spoken at girl’s schools about the possibility of a career in technology – an industry that isn’t necessarily front of mind when they are considering their future careers. This sort of initiative is vital to ensure that entrepreneurs in the UK are given the support and confidence to keep innovating and to keep the ecosystem constantly evolving.

There is also a definite need for more tools and resources so women can better understand how they can make ideas happen and get the balance this need. In 2012, Moonfruit was lucky enough to be part of the ‘Business in You’ campaign, run by the Department of Business, Innovation and Skills, which was aimed at inspiring people to start or grow their own business. The campaign provided free services such as workshops, web-based seminars and video tutorials on issues such as finance, as well as mentoring and face-to-face consultancy sessions.

I think there needs to be more campaigns, like this, to inspire women to get into business and demonstrate that entrepreneurialism is a viable option for them. My biggest hope over the next 12 months is that more will be done to create schemes aimed at making a sustainable work-life balance easier to achieve, such as those which encourage shared childcare responsibilities. This is needed to help support the process of allowing women to feel confident about a career in business and to demonstrate that it is possible to have the balance they want.

Through my involvement in such schemes and my own entrepreneurial experience, I have first-hand experience of the intelligence, enthusiasm and potential of women in the UK. However, despite added support sadly there are still some societal issues which mean that it can be more difficult for a female to achieve her potential compared to her male counterparts.

I’ve been impressed by the Everyday Sexism Project which aims to document instances of sexism and start to chip away at the normalisation of such behaviour. I’ve also been honoured to be involved with One Billion Rising, a global project aimed at ending violence against women. An ambitious project? Yes. But one that is absolutely necessary. Until we engage with such issues in a meaningful way, they won’t be consigned to the history books as they should be and women will have to face additional hurdles.

My ultimate hope for 2013 is that the number of exciting opportunities for women of all ages will continue to increase. The entrepreneurial ecosystem in the UK is continually maturing and really is offering women the chance to demonstrate their passion for entrepreneurship and allowing them to excel in business, long may this continue.

Women 2.0 readers: What does 2013 hold for you as a rising woman in business? Let us know in the comments.

About the guest blogger: Wendy Tan White is founder and CEO of Moonfruit, a simple and powerful, design-led DIY website builder for SMBs. Previously, Wendy helped startup Zopa.com, the first European P2P lending site and Egg.com, the first UK internet bank. Wendy holds a Bachelor’s in Engineering, Computer Science from Imperial College in London and an MA in Future Textiles from Central St Martins. She lives in London with her husband, their 6 yr old son and 3 yr old daughter. 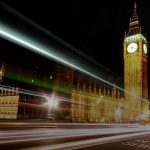 10 Female Founders To Watch In London 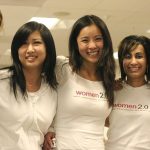 Never Been a Better Time for Women Entrepreneurs 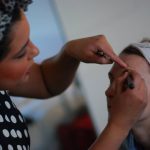 From Investment Banker to Founder of a Beauty Startup