The following are excerpts from an interview with JPL Engineer Nagin Cox. She helped send the Curiosity Rover to Mars in August 2012.

Nagin Cox joined Jet Propulsion Laboratory (JPL) in 1993 and has since served as a systems engineer and manager on multiple interplanetary robotic missions, including NASA/JPL’s Galileo mission to Jupiter, the Mars Exploration Rover Missions and the Kepler telescope mission to search for earth-like planets around other stars.

She is on the mission operations team for Mars Science Laboratory (MSL). Nagin has spoken to audiences around the US, in Europe and the Middle East on the stories of the people behind the missions.

We talk to Nagin about her experiences growing up – and advice for the next generation! Below are excerpts from the conversation:

Women 2.0: You’re a famous engineer at the moment. Did you always love science?

I was not naturally inclined towards math and science. Sometimes 15-year-olds tend to decide – what classes do I like to take/study – and they decide to take that degree. I encourage them instead to think about what they want to do at work, and what degree they want to get in order to do that work.

What people get hired for is their ability to think. A lot of times they end up doing different things from what they get their degree in. I got an engineering degree because I wanted to work for JPL, and in order to work for them, I needed a technical degree. The interesting thing about my background was that I was not particularly interested in science, but I worked my way through it.”

Women 2.0: How do you inspire others?

Nagin Cox: “I like what I do in my field and at JPL. If you are lucky enough to work someplace that impacts other people, how can you not be excited about that? I wake up in the morning excited every day, not because each and every task is exciting and fascinating – I have exciting days and boring days, or stressful days – but because the reason we do what we do is so exciting and inspiring. What keeps me excited and keeps me going is not what we do, but why we do it. We are driving the Rover on Mars, exploring Mars, and we are doing it for all humankind.

One of the things that inspires me about the space program is that it brings out the good in people. We see many examples of people working together, whether it is our government or people across countries or the world. We know that no one person, team or even country sent the rover to Mars. It does surprise people that nothing [we do] is classified. What we do, we do for all humankind. If you were to listen around inside the control room of Mars Curiosity, you would hear so many different accents, and see how international it is.”

Women 2.0: What are the main principles of your success?

Nagin Cox: “One of the markers of success in any organization is a good memory. But even if you were to have a steel-trap memory, eventually you won’t have the steel-trap memory. What I usually tell young engineers is this: start building the skills that you will need in the middle of your career now, and broaden in how you approach problems.

Young engineer leaders would know how to lead people like themselves, but not everybody on your team will be just like you. People have different skill sets, so the broader your skill base, the more skillfully you can lead a team. It’s not just important to have diversity on the team, but to lead in a diverse way. How do you lead somebody with a completely different way of thinking? There are dangers on every level in assuming that everybody is alike, and if there are gaps in your team they can be filled by different people.”

Women 2.0 readers: What is your advice to the next generation of innovators and leaders? Let us know in the comments!

Photo credit: (above) Mars Science Laboratory by Nasa HQ Photo on Flickr. (middle) “It came from the sky!” by Angie Chang on Google+.

About the guest blogger: Sophia Viklund is a Co-Founder and Partner at BackCode, a Pasadena, California-based game development company that focuses on game development for entertainment and education. Her background includes Unity3D, Python and Django. She is a speaker and educator, one of PyLadies founders and an ACM member. Follow her on Twitter at @backCode.

About the guest blogger: Esther Nam is a web developer at Cars.com. She switched careers from film archiving to web development in late 2011. Her first Python-based application was a neighborhood food truck tracker written on Django. She was one of the original Los Angeles PyLadies organizers, and is active in several developer communities in Los Angeles. Follow her on Twitter at @estherbester. 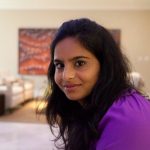 Facebook’s First Female Engineer: “It Was Difficult to Break into the Boys’ Club”

Facebook's First Female Engineer: "It Was Difficult to Break into the Boys' Club"