Where can you find that elusive creature, the angel investor, and how can you lure her out of hiding? This infographic not only lays out the boom in angel investing, but also explains where most deals are done and in which sectors.

In need of an angel investor to get your early-stage startup off the ground? You’re in luck. The number of angels and the amount of money they’ve invested have risen dramatically in the last decade.

But not all locations are as rich in angels as others, as this infographic from InvestorPitches.com makes clear. Check it out to learn more about how much angels are spending, where in the United States they’re currently making the most deals and which sectors are proving most popular with angels.

Rise of the Angel Investor infographic by spacechimpmedia.

Women 2.0 readers: Did any of these stats on angels surprise you?

Jessica Stillman is a freelance writer with interests in unconventional career paths, generational differences, and the future of work. She writes a daily column for Inc.com and has blogged for CBS MoneyWatch, GigaOM and Brazen Careerist, among others. Follow her on Twitter at @entrylevelrebel. 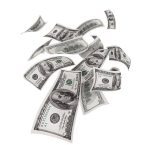 Angels 101: How to Find An Investor and Convince Them to Fund Your Startup