I Am a Pocket Gopher

Faced with the choice of being “that girl” or ignoring a little piece of sexism that got thrown right in my face.

I am a pocket gopher.

But after submitting my application in August, slogging through the tutorials in September, receiving my acceptance in November, and paying my (gulp) $10,000 tuition in early December, it has been radio silence from DBC. My cohort doesn’t start until late April and the whole enterprise was starting to feel unreal, like something that would never actually happen. To suddenly have a cohort with a name and a mailing list, not to mention an intranet profile and list of tasks, was both a shock and a relief.

Because all relationships live first on the web these days, my cohort-mates immediately began sending introduction emails. Your name, your location, your background, your dear god desperate need to find even marginally affordable housing in San Francisco please please – standard Bay Area introductory fare. My early favorite came from the son of a farmer, laughing that he would belong to a cohort named after an animal his father hates with the fire of 10,000 suns. Thinking of my Zen Buddhist mother in her garden chasing down gophers with the zeal of the Spanish Inquisition, I sympathized.

And then it came. “Greetings my Gopher brothers!” Record scratch. I hadn’t written my introductory email yet, but two other women had. Two women and about 10 men had written at that point, par for the course in the world of web and mobile development. My Gopher brothers. Sigh.

Are you hearing the same voices I heard? “Come on, Molly, it’s just one line in a mass email, it’s not a big deal, I’m sure he didn’t mean to be exclusionary, he probably wasn’t even thinking about gender” … and the strongest voice of all saying “Not yet. Please, not yet. I don’t want to be that girl now. Not in my very first email.”

I’m no stranger to being that girl. I have a degree in mechanical engineering, I worked in heating and plumbing design, I’ve staffed booths at roofing trade shows and spoken at DOE meetings on industrial motor regulation. I helped start my college’s queer alliance, and I live and work in a historically African-American community where I am reminded of the realities of racism every day. Life has handed me lots of chances to push back against privilege and speak up about injustice, and I’ve taken a lot of them. I know what it can cost.

I wanted to be a person, not a position. I wanted my cohort-mates to get to know me before they had the chance to write me off as the angry chick or the crusader, oversensitive or a drama queen. But here I was, faced with the choice of being “that girl” or ignoring a little piece of sexism that got thrown right in my face. Dammit, why didn’t I write my introductory email sooner??

In the end, I addressed it briefly and (I hope) lightly as part of my hello. It took me an hour to settle on the exact words, location, font size, and punctuation. Other introductory emails followed mine, and no one made any reference to the original words or my comment. God knows how people will actually respond once we’re all together in person. My biggest fear is that the other women will avoid me or see me as a threat to their ability to fit in and be accepted. Maybe by April everyone will have forgotten about it.

I keep reminding myself that I belong in this cohort just as much as everyone else. I am not an outsider coming into someone else’s club. I own a share here. Even if I am “that girl”, I am also a pocket gopher.

About the guest blogger: Molly Trombley-McCann is an incoming student at Dev Bootcamp. Her previous work experience has been in energy analysis, energy use audits, renewable and energy efficient technologies, HVAC design, LEED professional, cross-disciplinary communication and negotiation, and legislative advocacy. She holds a B.S. in Mechanical Engineering from Franklin W. Olin College of Engineering.

Women 2.0 readers: How are you soldiering on in a male-dominated industry? Let us know in the comments. 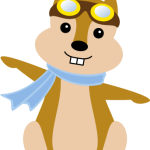 After A Year Of Learning, I’m Officially A Software Engineer!!!!

A Hackathon Is A Microcosm Of A Startup (Everyone Hacks!)