In the brogrammer-heavy cacophony of sensory overstimulation that SXSW can be, it’s easy to meet new people, but tough to make deep connections. So it was my honor to host and moderate a relative oasis of deep, insightful conversation with a group of women at our first-ever Women Hacking Industries lunch on Friday, sponsored by social shopping platform, ModCloth.

In my work over the last year, I met dozens of women who were starting and operating companies of all sizes, in all verticals, by creating uncommonly clever solutions to the age-old problems of their industries, their companies and their users.

These women were leaning in before that was even a thing.

The common thread of novel solutions to age-old problems inspired me to coin the term ‘Industry-Hacking,’ which is not a woman-specific concept. But SXSW seemed like a powerful opportunity to connect a number of the women I’d met who were doing this work with each other, and with other women who have been thinking and reporting about these sorts of businesses.

So, we gathered around the table, 25 of us, just a block away from the Austin Convention Center on the first full day of SXSW, women like:

And oh, the conversation we had!

I, for one, had to immediately rethink any assumptions about Teen Vogue I’d brought to the table when editor Stacy Greco declared: “Our readers are tomorrow’s entrepreneurs.” She went on to explain that their 17-year-old readers are laser-beam focused on building personal brands around their unique skills and talents. She told how, at Teen Vogue’s annual Fashion University program, attendees unabashedly peppered one Tory Burch with questions not about colors or styles, but her SEO strategies and best practices for working with agencies.

Others shared powerful examples of engaging with women users through the feminine superpower of listening, as systematically implemented throughout their companies’ digital strategies, product roadmaps and overall DNA. ModCloth’s Rebecca Silliman offered insights into how the online vintage-style fashion retailer “upended” traditional fashion industry models by allowing their community – not designers – to determine what inventory they sell, and even what styles go from sketch to reality.

Benefit Cosmetics’ Director of US Digital, Claudia Allwood, told of the company’s rejection of the industry’s traditional, unattainable beauty aspirations. She explained that, instead, Benefit takes a solutions-based approach to beauty promises, e.g. “if you have a hangover and ten minutes to get out the door – we’ve got you.” She also spoke of the company’s commitment to interacting directly with users, imbuing positive beauty messages in their communications, as through their #beautyboost campaign.

In fact, at the table, Ekaterina tweeted #beautyboost to @benefit cosmetics and instantly received this reply: “Your hair is shinier than pirate treasure.”

Ekaterina told about meeting a man with a back-spanning tattoo of the Intel logo, through Intel’s online communities. “Who in their right mind,” she wondered “would get a tattoo of a B2B brand’s logo – a brand that makes chips!?” After verifying that the young man had been sober when he got the tattoo and was just a deeply intelligent, deeply devoted Intel superfan, Walter declared the power of finding these sorts of community members nothing less than “mind-blowing.”

“If you do not let go of control and build communities you can never find these people,” Ekaterina said. But once you find them and listen to them, you have a veritable roadmap into users’ hearts and minds. Industry-hackers are those who follow that roadmap.

Case in point: EasilyDo’s Hetal Pandaya reported that fully 10% of their community has submitted a suggestion for improving the app, and that 100% of the improvements comprising the app’s last release were user suggested.

These women industry-hackers talked about their lives, their children, their visions, their companies and their challenges. But the message of the day was one of boldness and vision. These are women who, to quote Ekaterina “don’t create campaigns, [they] create movements.” And I am humbled and honored to have shared two hours of vision with them Friday during our little oasis at SXSW. 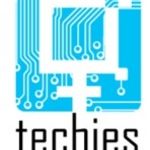 Female Founders Going To SXSWi 2013: We Want To Hear From You

Launch a Startup Like a Rock Band at SXSW