Sony Entertainment Television was at the recent Women 2.0 conference interviewing speakers backstage and talking with Women 2.0 co-founder Shaherose Charania – the resulting show airs Saturday (but a sneak preview is out now).

What goes on backstage at a tech conference?

If you’ve ever wondered what the speakers talk about after they leave the stage, a new show from SONY Entertainment Television that peeks behind the curtain of Women 2.0’s recent conference might be right up your alley. Watch the episode on Saturday March 16th o

The SONY team talked to our own Shaherose Charania about her entrepreneurial journey before interviewing several conference speakers about their views on the event and advice for newbie entrepreneurs. We’ll have the resulting program up on Women 2.0 on Saturday March 16th when the show airs around the world in 150 countries – or catch it LIVE on Saturday at 3 PM PST across 150 countries with re-runs throughout the week on Andaaz TV on SONY Entertainment Television. In the meantime, here’s a quick preview to whet your appetite (stick it out through the first segment, Women 2.0 is second in line):

Women 2.0 readers: Which Women 2.0 conference speakers did you enjoy the most?

About the writer: Jessica Stillman is a freelance writer with interests in unconventional career paths, generational differences, and the future of work. She writes a daily column for Inc.com and has blogged for CBS MoneyWatch, GigaOM, and Brazen Careerist, among others. Follow her on Twitter at @entrylevelrebel.

Ever Wondered What It’s Like Backstage at the Women 2.0 Conference? 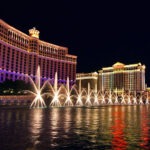