How to Attract Guys to a Woman-Centric Startup

The co-founders of RocksBox and a male designer on their team talk about the challenges of attracting super talented guys to a female-founded jewelry startup.

What do the best developers and designers look for when they’re choosing where to take their talents? For many, it’s a matter of working on a product they’re passionate about.

“One of my friends, we were chatting, and he wants to work for a company whose product he personally uses and is really excited about. I think that’s something that a lot of people want,” says Maia Bittner the co-founder and CTO of San Francisco-based startup RocksBox.

But given that RocksBox offers subscription jewelry, and tech is still highly skewed male, that’s a bit of a hurdle. Access to a tons of cool necklaces and earrings isn’t going to lure many men, so how can female founders in such “girlie” spaces convince top-tier male talent to give their companies a second look?

If you’re probably not going to get much interest because of your product, explains CEO and co-founder Meaghan Rose, the key is to stress your values and larger mission.

“I do think it’s hard as a woman-run and focused business to recruit, especially on the engineering side because it’s such a male-dominated space. It is a legitimate challenge,” she says. “We’ve been very fortunate to find Andrew who’s super talented and has the same values we do around creating this great customer experience. The key is finding people that share those values and focusing your message around that opportunity instead of the specific details of the product.”

Andrew Le, the male designer she mentions, agrees that the values and vision of RocksBox attracted him to the team. “If you were to ask me previously if I would be working full-time on jewelry, I would say ‘No way, I want to work on something that I’d use.’ But not everybody is a well-to-do white male in Silicon Valley, which is only a small portion of a larger market. I see the potential and I’d be foolish not to be a part of it,” he says, pointing out that the company is about more than selling jewelry.

“Jewelry just happens to be the product. Our model would work on any other product. It’s an opportunity to learn how to build a company, operations in a subscription/retail business, customer acquisition, scaling,” he says.

So work your values, the RocksBox team advises other founders in stereotypically female niches, but also work your network. Le was recommended to RocksBox by a friend who was working in the same coworking space as the company, and Bittner stresses this sort of personal referral is totally typical.

“Every single person on our team has come in some way through a friend relationship or someone who worked at another startup with someone else on the team. I think that’s by far the most effective way,” she says

Finally, when it comes to recruiting, forget gimmicks, says Le. You’re not going to win anyone over with yoga Tuesdays. Speaking of what attracted him to RocksBox, he says: “For me, it’s part of the freedom that comes with building this thing from the ground up. It’s not about the incentives. I honestly would not think any differently if they said you get free beer and ping pong. If you have to do those types of things to lure people in, those really aren’t the type of people you want anyway. They should be genuinely interested in whatever you’re working on.”

Women 2.0 readers:  What strategies have you used to attract male candidates to companies in female-centric industries?

Fundraising as a Woman Is Harder: 5 Ways to Deal With It 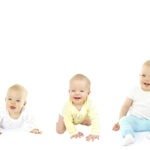