I had expected some sexism when I came to Kenya, but I never thought the extent of it in business, politics, and everyday life.

Founding and working on a startup is already hard. Then take the startup abroad to a developing market like Kenya – it becomes harder. And compound that with the fact that you are young – 20 at the time – and most importantly, you are a woman in a very traditional and hierarchical society.

That is the journey I have undertaken in order to chase my dream of g.Maarifa in the grand scheme of increasing access to educational content via technology for all. I have been based out of Nairobi for more than a year – a duration that is considered “permanent” by Kenyans and expats alike. I picked Kenya because of its ideal market conditions as testing ground for our product.

I had expected some sexism when I came, but I never thought the extent of it in business, politics, and everyday life. A few examples: my co-founder is 10 years older and a man. In almost every meeting with Kenyans, they unconsciously focus the majority of their attention on him, even when I am the one talking and making the decision. Despite my business partner’s effort, he often has to repeat my decision to make it “official”. When I dealt with a senior Kenyan Ministry official, my appearance and relationship status are commented upon and more seriously examined than my business proposal. Sadly, these are not isolated incidences. They are common.

Then there are the “upsides”, such that if we really need help, we can revert to our gender to get help that otherwise would not be offered to men. These upsides can be seen as shameful to some, but when many things are working against us, we take whatever works for us (survival instincts), even if we do feel disgusted with ourselves afterwards for perpetuating the cycle.

Over the months, I have learned how to deal with these problems as a woman entrepreneur: both emotionally and business-wise. But I am not the only one who is dealing with this challenge. Many women entrepreneurs, both locals and expats, face these problems when working abroad.

Unfortunately, these questions are rarely discussed because there is almost a taboo. We women want to seem like we are strong and independent, just like one of the guys. Furthermore, it is almost an emotional survival instinct in developing nations: the more one talks about the problems, the more “real” the problems become- problems that are more easily avoided if we had stayed in the West. Thus, it is only discussed in hushed tones in the “inner” circle of most trusted entrepreneurs who have stayed in developing nations long enough to be comfortable with talking about it.

In the past half a year, a few support groups for women entrepreneurs have been created, but they are nascent and are side projects that get pushed aside when our startups get busy. Most importantly, we need to discuss these genders issues not only in niche groups but in the general startup and business scene.

With increasing globalization and interests in working in emerging markets, we cannot stay silent anymore.

Prospects need to know the kind of sexism to expect, how to deal with it, and the resources available to them in times of support. We – the women who have and are going through the experience – need to pass on the nuggets of solutions we’ve discovered so that the wheel is not re-invented every time.

I wrote this blog post in order to break this taboo and bring this issue of sexism in developing nations out in the open. Raising awareness of this problem is the first step. The second and most crucial step is find solutions to overcome it.

Women 2.0 readers: Have you started a startup in a patriarchal society? Let us know in the comments your tips and tricks for navigating tricky situations!

About the guest blogger: Evanna Hu is the co-founder and CEO of g.Maarifa, an education and training mobile tech software company for the developing markets. She is passionate about global education, politics, gender issues, and tech, especially mobile. Before g.Maarifa, she managed the University of Chicago Microfinance Initiative and worked with turnaround schools in Chicago Public Schools. She is an Echoing Green semifinalist (ongoing), a 40 Under 40 Entrepreneurship Fellow by National Leaders Council, and Empact100 honoree. Follow her on Twitter at @evannahu. 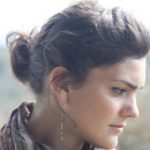 Sponsored: TechWomen Leaders From Africa to Speak at Founder Friday

Passionate About Health Care? Harvard Wants to Give You $25k in Startup Funding