Founder Friday is coming to Seattle to mix and mingle with the city’s amazing female tech talent. Here are a few women to watch.

Seattle may be best known to outsiders for Starbucks, 90s grunge or sudsy TV doctor dramas, but the home of Microsoft and Amazon also has a lively startup scene, including its fair share of female founders doing amazing things.

Which is, of course, a large part of the reason that Women 2.0 is thrilled that Founder Friday is coming to the city.Here’s a sampling of the lady technologists in the area that are worth watching:

Dana Dyksterhuis (Co-founder, Fanzo)
Fanzo, which ranks sports fans based on their social media activity, was one of 10 apps out of 600 that applied to be accepted to Microsoft’s Accelerator, which is in partnership with TechStars. Follow Dyksterhuis on Twitter @danad103.

Christina Lomasney (CEO & Co-founder, Modumetal)
Nanolaminated metal and coatings may not be a terribly well known niche, but Modumetal is leading in this corner of the tech world, recently securing additional funding from partners in the oil and gas industry to continue developing super durable materials.

Nadia Eleza Khawaja (Co-founder & CEO, Jolkana)
Social enterprise Jolkana is an online platform to help people make philanthropic donations and track their impact. It has recently won local plaudits as one of Seattle’s best non-profits. Follow her on Twitter @NadiaMahmud.

Adina Mangubat (Co-founder & CEO, Spiral Genetics)
As CEO of big data startup Spiral Genetics, Seattle-based Mangubat has not only raised $3.7 million for her company, which helps genetics researchers analyze DNA data, she’s also done it at an impressively young age, earning a slot on Forbes 30 under 30.

Kate Matsudaira (Founder & CTO, Pop Forms)
Hacker Kate Matsudaira is a veteran of the Seattle start-up scene where she’s served as VP of engineering at Decide, SEOmoz and Delve Networks. Her latest venture is soon-to-launch startup Pop Forms. Follow her on Twitter at @katmats.

Martina Welke (CEO & Co-founder, Zealyst)
Welke recently led her startup Zealyst, which offers event software and facilitation, through a pivot, changing the focus from consumers to enterprise clients. Follow her on Twitter @MartinaWelke to see how the revamped company progresses.

Maria Renhui Zhang (Founder & CEO, Alike)
Yahoo! recently acquired mobile recommendation system Alike, moving Zhang and the team to California. She may be trading rain for sun, but the career of the ex-Seattle resident and PITCH NYC 2012 finalist is still worth following. Keep track of her on Twitter @MariaRenhui.

Women 2.0 readers in Seattle: Who have we missed? 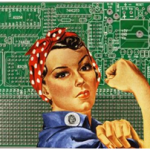 Women In Engineering: Why A Co-Ed Dev Team Is Good For Business

Female Founders to Watch Changing How You Travel
Judith Martinez