How We Got Into TechStars

weeSpring’s co-founder explains what it took to get into über-competitive TechStars.

A year ago, when weeSpring was just an idea sketched out on a couple PowerPoint slides, a friend suggested we apply to this thing called TechStars – a world-class accelerator that helps startups get their rocketship off the launchpad.  The stats post-TechStars were impressive, to say the least: companies that have been through the program go on to raise an average of $1.5M in venture funding. The catch? Fewer than 1% of applicants are accepted. At the time, it felt like winning an Oscar might be easier.

But we went for it anyway: after clicking “submit” on our application at 2:47am EST, a full 13 minutes before the deadline, we breathed a single sigh of relief… and then started hustling again.

Because here’s the thing: your deck, your executive summary, your video demo… All of those are a single data point.  You have to follow the old adage of “show, don’t tell” by demonstrating constant progress—on everything.  And this isn’t just the case for accelerators: it’s what investors and press and prospective employees will be looking for too. TechStars goes so far as to invite regular updates, and they even built a section into their application where you can share them.

So submitting our application was just getting to the starting line.  For the next two months, we asked ourselves (literally) every day, “What can we do to improve our TechStars candidacy?”

Of course, anything we were doing to improve our chances with TechStars was strengthening our company.  Like, for instance:

One thing we didn’t get right? We did a terrible job, at the outset, of selling ourselves as rock stars.  If you’re starting your own company, and you’re seeing a little traction, chances are you’ve done some other pretty awesome things over your career.  It is your job to tell people why they should believe in you and take a chance on you (and again, this applies pretty universally… not just to accelerator applications).

I’ve actually reflected on this quite a bit: our team is 75% women, and that inherently feminine humility worked against us. I asked my co-founder Melissa what she was most proud of professionally three times before she finally shared that when she led the re-design of the AmEx website, the company received their highest digital interaction score in six years – ultimately leading to the JD Power award for customer satisfaction. She’d also failed to mention that she personally won the AmEx Global Excellence Award recognizing her for her extraordinary accomplishments and celebrating her as a role model for her colleagues. The lesson here: if you don’t trumpet your accomplishments, no one is going to know about them.

So the two month TechStars application process was an accelerator in and of itself; we found ourselves moving at three times the pace because we had a hard and fast deadline (the final decision date), and we needed to prove we could get stuff done—fast.

My take: if you have a tech startup, you should be applying to TechStars.  Even if you think it is a total long shot (we did!), what you’ll learn about yourself and your company as you go through the application—and the hustle it’ll take to generate update-worthy momentum—will propel you further than anything else you could be doing.

Women 2.0 readers: Do you have any other tips on improving your chances of being accepted at an accelerator?

About the guest blogger: Allyson Downey is CEO and co-founder of weeSpring, which helps new parents collect advice about what they need for their baby. Her entrepreneurial spirit dates back to elementary school, when she had a face-painting business, and it’s carried her through roles with Random House, Eliot Spitzer, and Credit Suisse. She has an MBA from Columbia Business School, an MFA from Columbia University’s School of the Arts, and a BA from Colby College. 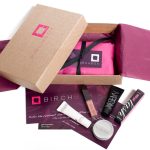 Thinking Of Becoming An Entrepreneur? Read This First

Subscription Services Just Got Bigger Than You Ever Thought They Would; Birchbox Raises $60M