Women in the Media – Girl Geeks, Funny Girls and Leading Women? Where?

With the rise of coding bootcamps and MOOCs in the startup industrial complex, you would think it’s cool to be smart and geeky. However, leading women, girl geeks and smart, funny girls were hard to find in mainstream TV and movies until FEM-Inc started collecting them.

FEM identifies and categorizes women role models of color in television, scientists and techies who are role models for girls, and more. Here are some of my favorite female role models on the FEM website:

The first U.S. television series starring a South Asian American as the series lead according to Wikipedia, Mindy Kaling plays Dr. Mindy Lahiri, an OB/GYN who is unabashedly dating for marriage. The juggling act of dating, career and maintaining friendships at work and outside of work are what keeps her show fresh and hysterical.

What started off as a bad version of The Office evolved to become a very funny show about working in government starring SNL’s Amy Poehler as the overachieving Leslie Knope. Actress and comedienne Amy Poeher also hosts Smart Girls at the Party, a web show started in 2008 to celebrate girls changing the world by being themselves. The show reminds girls that you don’t have to be famous to be interesting, to matter, or to make a difference.

The young actress from Married with Children has come so far – Christina Applegate stars as Reagan Brinkley, a Type A mom and television producer who hysterically juggles a crazy boss, high-power job as a producer, the husband and child. Her character is unapologetically Type A which I love, similar to the Avery Jessup character on 30 Rock.

“If she can see it, she can be it” is the tagline of the See Jane campaign organized by the Geena Davis Institute on Gender in Media. The group works with the entertainment industry leaders and companies to improve media images of girls and women in entertainment for children 11 and under.

Also, check out the work being done at Miss Representation, the eponymous film which explores how media’s misrepresentations of women led to the underrepresentation of women in positions of power and influence.

Women 2.0 readers: Who was your television role model growing up? Let us know in the comments! 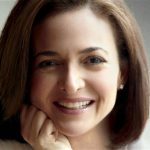 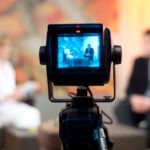