Education is ripe for disruption, and women entrepreneurs are at the forefront of the movement.

From the educational aspect of gamifying the improvement and education of people, the possibilities are endless – many apps and companies are popping up looking to educate people (kids, second/third career adults, and everyone in between) on computational thinking, financial literacy, etc.

Traditional academic institutions are going online, starting with university courses on YouTube and ending with massively open online courses available free of charge to whoever wants. Online collaboration is possible for students located in different areas of the world, and textbooks are increasingly going digital.

Here are women entrepreneurs starting edtech startup to watch – and as always, let us know who we missed in the comments below!

Daphne Koller (Co-Founder, Coursera)
a Professor in the Department of Computer Science at Stanford University and a MacArthur Fellowship recipient, Daphne Koller adds entrepreneur to her list of accomplishments by co-founding Coursera. Follow her on Twitter at @DaphneKoller.

Heather Hiles (Founder & CEO, Pathbrite)
Oakland-based Heather Hiles founded Pathbrite for students and learners of all ages to collect, track and showcase a lifetime of achievement. They are then recommended pathways for continuous success. Pathbrite raised $2.5M in June. Follow her on Twitter at @heatherhiles.

Samantha John (Co-Founder, Hopscotch)
Former “pivot” (software engineer) at Pivotal Labs, Samantha John wants to change the world – by hgelping children learn the basics of computer programming with her company Hopscotch. Check out Daisy the Dinosaur for iPads. Follow her on Twitter at @SamJ0hn.

The sky is the limit when it comes to applying technology to education.

Women 2.0 readers: Did we miss a female founder in the education/technology industry that should be on our list? Let us know in the comments below. 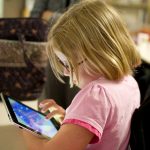 Female Founders To Watch: Teaching Children On Your iPad