5 Girl Coders Under 21 To Watch

Girls may still make up a smaller percentage of women in tech than they should, but these up-and-coming female coders are aiming to ensure women have an outsized impact on the industry.

Young women may be dominating on college campuses and out-earning men in some cities but in the tech sector things are still pretty grim. The number of women pursuing computer science degrees has actually declined and the number of women employed in other STEM fields (that’s science, technology, engineering and math) hasn’t improved since before Bill Clinton was president. That’s despite a raging war for tech talent, high salaries and our collective cultural obsession with the future tech companies are building.

So what’s to be done? Many experts stress getting girls into the pipeline early, encouraging them not only to pursue STEM in school but also to assert their abilities as loudly as the boys.

How do you empower women not only to pursue their tech passions, but also have the promotional skills to make their dreams reality? Together with the National Center for Women & Information Technology Aspirations in Computing program (NCWIT), PiggyBackr is tackling the problem, getting more girls interested in tech while also teaching them how to raise the capital and support they need to follow through on their projects.

“Whether you want to grow up to be an entrepreneur, politician, nonprofit exec, or even VC, knowing how to fundraise is a key requirement. NCWIT is empowering the next generation of female engineers and entrepreneurs. Piggybackr is empowering young people to raise capital. Why not work together to find, foster, and fund the next female Mark Zuckerberg?”explains Andrea Lo, CEO and co-founder of PiggyBackr. NCWIT is equally enthusiastic about the project.

“Women in tech suffer a dearth of visibility and social norms don’t help by penalizing women who are self-promoters,” says Ruthe Farmer, director of strategic initiatives at NCWIT. “PiggyBackr is a terrific vehicle for young women to gain well-deserved visibility for their innovative technology solutions.”

And it appears the partnership is paying dividends already, uncovering incredibly talented young, female coders and getting them the cash they need to finance their work.

How amazing are these young women? Here’s a small sampling of NCWIT Aspirations in Computing Winners currently raising money for projects online. They might not be old enough to legally buy a beer, but they’re already doing things that will make you more optimistic about the future of women in STEM:

Cassidy Williams is a Iowa State CS major and Latina from Chicago. She was selected as a Google Glass ‘Explorer’ and is raising money to build her Google Glass app that helps users learn to play a musical instrument.  Cassidy participated in Facebook’s Summer of Hack, won the Microsoft Online Services Division Annual Hackathon, has interned at Microsoft and can program in Java, JavaScript, HTML/HTML 5, CSS/CSS3, Perl, Ruby, Python, C#, ASP.NET MVC, and jQuery.

Rebecca Kekelishvili a student at MIT studying electrical engineering and computer science.  Her team is building a prototype of a portable seating system that battles decubitus ulcers in wheelchair users. Her team came up with the idea after learning that 2.5 million decubitus ulcers are treated annually, costing $43,180 per ulcer on average. They are raising money to build five portable wheelchair seat toppers with heating, cooling, pressure control, and massage, and get community feedback.

Melissa Ivie is a high school sophomore in Utah who began a project in partnership with 4-H to help make technology education more accessible to kids. She teaches robotics at the US Dream Academy, a program for kids performing below grade level who have had a parent incarcerated, runs a science club to get young children excited about STEM, and also mentors middle school robotics teams.

Alexa Adams is a 20-year-old biotech major at University of California, Davis and a cancer survivor. She was chosen as a Google Glass ‘Explorer,’ and is raising money so she can develop the Google glass app for the deaf community. She was inspired by her aunt, who is a teacher and interpreter for the deaf.

Marina Nogueira is an undergrad at Princeton developing a prototype for MedED, a visual-audio platform aimed to improve health literacy and patient care. Starting in Mat, she will be running prototypes at a hospital that serves an underserved, agricultural community. The platform uses an Android tablet and will help illiterate immigrants navigate through health care forms, pamphlets, and medical instructions.

Women 2.0 readers: Do you know any other impressive young women that you’d add to this list?

Jessica Stillman is an editor at Women 2.0 and a freelance writer with interests in unconventional career paths, generational differences, and the future of work. She writes a daily column for Inc.com and has blogged for CBS MoneyWatch, GigaOM, and Brazen Careerist, among others. Follow her on Twitter at @entrylevelrebel. 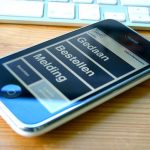 How To Build Prototypes Without Technical Chops 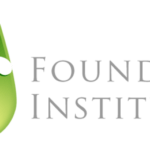