A female founder shares the lessons she’s picked up after being in the startup game for a couple of years.

While there are a myriad of reasons as to why some companies achieve great success and others seemingly struggle to get out of the starting gate, I wanted to share a few of the lessons I have learned thus far. This is by no means an exhaustive list but more of a small collection of some of the less obvious and sometimes surprising things I have picked up on over the past few years.

Building a tech startup will take a hell of a lot longer than you ever anticipated.

Be prepared for the long haul. Be prepared to get more frustrated and disillusioned than you have even been before. Be prepared to exercise the kind of patience, persistence and resiliance that you have never seen in yourself, nor knew existed. I kid you not. I know a lot of people will tell you this. But listen. If you are not prepared to weather the storms that will inevitably come your way when building a startup you might as well give up now. It is these trials and challenges that will make you reassess your ideas and solidify your direction.

We had a founder quit earlier this year. While his decision was made with a heavy heart, it was a huge blow to our progress. We had to find a new co-founder and ended up having the re-build the entire site in a new language. The ENTIRE site. We were literally weeks away from launch. The good news is that our new co-founder is exceptional. He is a perfect fit for our vision and the time it took us to find him gave us ample thinking time. We have refined our vision and it has become glearingly obvious that we needed to pivot one or two degrees in order to fully execute. We are now back on track and aiming for an open beta around June 2013.

No one will understand your vision better than you do.

You have this idea in your head. You eat, sleep and breath it. You wake in the middle of the night with your “aha” moments. You reiterate it a hundred times in your head. Don’t expect your team or anyone else to full appreciate your vision until it is a real live beast. Then they will have their “aha” moment too 🙂

Sell the sizzle not the sausage.

I had the fortune of attending an exceptionally valuable course in Auckland late last year as part of the Unlimited Investment Challenge. The biggest thing I learned in that week from one of the facilitators Mark Robotham, was to stop talking about the product. I got it. I understood. But it wasnt until very recently that I actually completely realised what that meant. What we are building is not about the code. It is not about the framework nor the tools that we are including in the platform. It is about community. That’s the sizzle. It is about the intangible aspects of how and why people will use our platform. Its not about us, it’s about them.

Embrace being a female entrepreneur.

Embrace the fact that you are a minority. Embrace the fact that women founders only receive 4% of all funding for their start ups. Embrace it and then make a damn difference. Don’t sit on your tush and complain about it. Do something! Each and every one of us can make a difference. Yes, you might not be Sheryl Sandberg, but you too can play a pivital role in changing the ratio for women.

Speak up about conference keynote speaker lists that are top heavy with male presenters, get involved at the grass roots level organising startup weekends and hackathons, collaborate with other women on initiatives designed to change the game for female founders and business women alike.

Pitching to a room full of 60+ year old white males is no fun. I’ve been there. So do something about it!

Even if you can. Don’t. This might sound counter intuitive, but hear me out. We met Dave on the Geeks on a Plane tour of New Zealand in December of 2012. We hung out with him in Auckland at Alan Gibbs farm and then later that week in Queenstown. We had plenty of time and certainly had the opportunity to corner him and lay it on. But we didn’t. Instead, we drank plenty of bourbon with him and with the other geeks and had an absolute blast in the sizzling metropolis that is Queenstown.

Why didn’t we pitch when we had the chance? Two reasons. Well three actually. We were not ready. Our product was not at the stage where I wanted to show it to anyone yet. I have a very clear vision of Scrattch and simply talking about it in the abstract pays no gains to where I am going with this vision. We also had no traction. Pitching now would serve us no purpose.

Secondly, this was the first time I had met Dave. I liked him. I respect his time and his advice. Spending time with the geeks, enjoying their company, getting to know about them and thier loves, their families and their respective companies was far more important to me than bailing any of them up with a pitch. They were in New Zealand to survey the entrepreneurial landscape, make some connections and have fun. It wasn’t the right time. Lastly. I respect Dave. And it would have been F&^*$n rude.

Don’t pitch just because you can. Build meaningful realtionships on a wide scale. Do things for others instead of taking all the time. Build a great product. Gain traction and they will come to you.

And to round off this list I will leave you with this little gem.

Women 2.0 readers: What are the most important lessons you’ve learned thus far?

About the guest blogger: Louise Donnelly-Davey is the founder and CEO of Scrattch, an online platform dedicated to creating context and meaning around internet data. Prior to stepping out on her own, she worked for some of New Zealand’s largest corporations in New Ventures and started her professional career as an intern at the Ministry of Economic Development in their Capital Markets team. Follow her on Twitter at @louiseQTNZ. 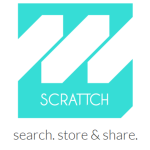