Mars and Venus at Work

Could skipping the blame game and focusing on educating ourselves about how men and women often miscommunicate at work help women achieve more in their careers?

Partway through a presentation to a CEO of a mid-sized company, I noticed him look down and away from me. He stopped asking questions and turned quiet.

I’ve lost him, I thought, and went home feeling dejected that I bored someone I tried hard to impress. When he followed up a week later to continue our dialogue, it took me completely by surprise.

I am convinced that people rarely understand each other fully and these misinterpreted cues often occur between men and women. Anyone who has lived or spent any considerable amount of time with a member of the opposite sex knows that misunderstandings frequently occur. In my household, it’s daily.

So when the world-renowned gender intelligence expert Barbara Annis recently published Work With Me: The 8 Blind Spots Between Men and Women in Business with co-author, John Gray, of the famous Men are from Mars, Women are from Venus series, I eagerly read through it, searching for clues.

The insights were, literally, eye opening. Apparently, men turn away during a conversation to concentrate whereas women focus on each other’s eyes (Lesson 8.) When I list the many challenges I face in a day to my husband, I’m alleviating my stress, not complaining (Lesson 3).

The startling realization of the book suggests that despite all of our progress, men and women still do not know how to act around each other. Can we reduce the lack of advancement of women in the workplace to a colossal case of misunderstanding? Perhaps.

“I do believe that men and women have very different styles of communication,” said Jennifer Reynolds, president of Women in Capital Markets.

“I have been in many meetings where a woman comes up with an idea and the idea is barely acknowledged until moments later a man throws the very same idea out and it is picked up by the group,” she added.  In these occasions, observed Ms. Reynolds, men will often take ownership of the idea by restating and perhaps adding some element to it, demonstrating a more competitive dynamic. This results in the loudest voice “winning” the discussion.

“It can leave some of the most innovative ideas on the boardroom floor because they weren’t presented in a traditional male communication style,” lamented Ms. Reynolds.

Part of the appeal of emphasizing the value of gender intelligence in the workplace is that it avoids the blame game. It’s a refreshing change in the conversation about women’s advancement not to have anyone suggest that men are trying to hold women back or that women are actively choosing to opt-out. Rather, the culprit comes down to both socialization and our biology. The book argues that men and women are actually hard-wired differently and that means they communicate and process interpersonal information differently. It’s because of biology, not some universal plot, that male and female perspectives and communications are often at odds. And the authors argue that that is a good thing.

This approach is “incredibly freeing for men and it is incredibly validating for women,” said Ms. Annis.

“It’s liberating because it ends the blame game, the male dominated paradigm goes away and it focuses on you and me working together for the best solution,” she added.

The mantra that we are all different and that difference is good serves at the basis for many enlightened companies and it serves its employees well. But it’s not an easy route to travel.

“We all have to recognize that there is a predisposition in all of us to gravitate towards someone who is just like us,” explained Ms. Reynolds, and “we have to welcome the inconvenience of someone who doesn’t think just like we do or communicate just like we do.”

If we accept that we are hard-wired differently, what are the long-term repercussions? Ms. Annis and Mr. Gray advocate emphasizing how the differences between men and women compliment each other and I couldn’t agree more.

But I can’t help but fret that some will view these divergent leadership characteristics in more sinister ways, arguing that one or the other characteristic is simply better suited to leadership roles, yanking us back to Victorian times.

While Ms. Annis and Mr. Gray cite considerable scientific research throughout their book to emphasize their point, not all social scientists are in agreement.

The authors of a study published in February in the journal of Personality and Social Psychology called Men and Women are from Earth, re-analyzed data found from 13 studies and concluded that it is impossible to divide traits along gender lines. Women misunderstand women all the time in a professional setting, as men do men. If you add divergent cultural and economic backgrounds to the mix and try to decipher the meaning behind our language, it can get incredibly complex.

Are men and women different? Certainly. Should we celebrate these differences as we learn to work together? Absolutely. Are men always from Mars and Women always from Venus? My instinct says no.  But the conversation about how and why we miscommunicate and how to work around those disconnects can be enormously useful if we don’t get too caught up in the minutiae of brain biology and ensure that it never gets used as a weapon to disqualify the inclusion of a particular stripe.

About the guest blogger: Leah Eichler is the Founder of Femme-O-Nomics, a content portal for professional women. She is also the Founder of r/ally, a mobile collaboration app. Leah is a columnist on issues surrounding women in the workplace. Follow her on Twitter at @femmeonomics. 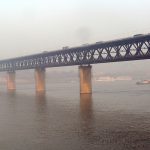 Cross-Cultural Communication In The Global Marketplace 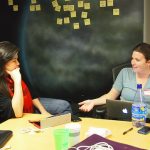 Workplace Cultures That Fill You With Envy 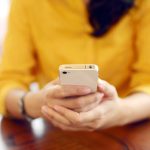 6 Ways to Manage Incoming Phone Calls and Get More Done

Working Yourself to Death
Judith Martinez