This week more than 100 Silicon Valley heavyweights participated in an in-flight hackathon. Here are seven amazing female founders who were on the plane.

This week Women 2.0 co-founder and CEO Shaherose Charania took part in BA’s UnGrounded, an innovative hackathon conducted on a plane from San Francisco to London where participants will present their ideas at the G8 Summit. Joining her were 130 other Silicon Alley movers and shakers, including some amazing other female founders worth keeping an eye on, including:

Kimberlie Cerrone (CEO, Tiatros)
Cerrone founded Tiatros in 2010 with Joydip Homchowdhury in order to help to a team of doctors coordinate mental healthcare for active duty soldiers serving in Iraq.

Kay Koplovitz (Founder, USA Network)
Koplovitz founded USA Network in 1977, revolutionizing cable TV, and ran the company until it was sold for $4.5 billion in 1998. Today she is a champion of women-owned businesses. Follow her on Twitter @KayKoplovitz.

Nanxi Liu (CEO, Enplug)
Nanxi describes Enplug as a “tech company that is building the first real-time advertising platform for the physical world.” Forbes says it went “from 0 to 100mph in three months.” Follow her on Twitter @nanxi_liu.

Alexis Ringwald (Co-founder & CEO, LearnUp)
After her first startup was acquired, Ringwald went on to found job-training site LearnUp which has raised nearly $2 million to date. Follow her on Twitter @alexisringwald.

Jamie Wong (Vayable, Co-founder & CEO, Vayable)
Vayable is a Y Combinator-backed startup that helps travelers discover interesting things to do in far-out locations around the world. Follow her on Twitter @JamieJWong.

Women 2.0 readers: If you were choosing, what other female founders would you have handed a ticket for UnGrounded? 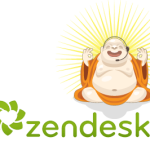 Ever Wondered What It’s Like Backstage at the Women 2.0 Conference?