What began as an idea for connecting women with mentors in STEM fields during last week’s UnGrounded hackathon has already received support from the United Nations.

By the end of the inaugural UnGrounded flight, it was clear that the AdvisHer project had already impressed many of the 100+ technology leaders and influencers tapped to attend what was billed as an “11-hour global hack at 30,000 feet,” by its sponsor British Airways. But the idea has quickly amassed support from outside the fuselage where it was born, including a pledge of help from the United Nations’ International Telecommunications Union (ITU).

“This community will aim to leverage the power of pipeline programs for retaining women in employment and reducing attrition rate in STEM university programs, as well as increasing the funding of women-run startups and increasing the numbers of STEM-related companies and venture capitalists,” ITU Secretary General Dr. Hamadoun I. Touré Secretary said in a video broadcast after the flight landed.

Along with that vote of confidence came over 400 sign-ups in the first 72 hours from people interested in participating in AdvisHer and its mission to funnel more women into STEM fields and help them succeed there.

For success to become more widespread for women pursuing careers in these areas and to draw more women into the space, mentorship and help from other successful women working in similar fields is key.

At present, says AdvisHer, “Women make up 56% of college graduates, but represent only 35% of the tech workforce.” Add to that an estimated 80% attrition rate for women in STEM-related fields, and you can see why leaders from Silicon Valley to UN headquarters are questioning the status quo.

The idea that something needs to change, and not just for women, was part of the underlying impetus for the UnGrounded hackathon.

“There’s a whole generation of brain power that aren’t getting the opportunities or partnerships they need,” a video for UnGrounded announces.

It’s connecting the owners of that brain power with the right people, organizations and places that’s the challenge. At a time when many places in the world sorely need talented workers with training in science, technology, engineering and mathematics, the barriers facing qualified workers, not to mention younger generations poised to dominate the world’s workforce in the future, are many and varied, from simple geography to the complexities of balancing family and a career.

You can keep current with AdvisHer and the newly-formed project’s progress by connecting via Facebook and Twitter or registering to participate in fostering women in STEM careers on the official web site.

About the blogger: Lorraine Sanders is a San Francisco-based journalist, long-time blogger, media consultant and author of the San Francisco Chronicle Style Bytes column. She writes regularly about fashion, technology, retail ecommerce and innovative startups for the newspaper, FastCompany.com and others. She is founder of the blogs Digital Style Digest and SF Indie Fashion and an inhabitant of the San Francisco Writers Grotto. Connect with her on Twitter @digitalstyledig or @lorrainesanders. 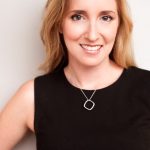 Startup Lessons From the Youngest Girl in the Room
Judith Martinez