A new British survey shows those in the tech industry work longer than average but also claim to be happier with their work-life balance.

Tech might not be as brutal as, say, banking, but when it comes to hours, the sector isn’t known for being the most laid back for workers trying to balance home and professional commitments. Both established tech companies and startups are famous for employees that log long hours, whether that’s between free meals at a luxe corporate campus or under their desks while a tiny team frantically prepares for a launch.

So do all those hours at their desks make tech workers unhappy with their work-life balance?

Not in the UK, it seems. A new survey of 1,750 British employees by Randstad shows that while the stereotype of tech’s long hours holds true, employees in the industry are paradoxically happier with their work-life balance than the average worker. The survey found:

So what’s driving tech workers’ satisfaction with their work-life balance if it isn’t shorter hours at work? Mike Beresford, managing director at Randstad, suggests that careers in the industry are more rewarding than many other jobs and also possibly more flexible as to where and when employees work if not how much they need to accomplish.

Tech employees, he commented, “find their work particularly rewarding. It may also have a lot to do with the blending of work and personal lives. These people are passionate about their jobs and have a greater sense of integration between their professional and personal lives.”

The takeaway for tech workers and the founders who employ them on this side of the pond may simply be a reminder than hours aren’t everything. Helping your team stay sane and balanced could have more to do with giving them interesting work and the autonomy to decide how to do it then with simply how much work you give them. Workers who can bring their whole selves to the office are happier, despite their long hours, than those who slog through less meaningful work for less time.

Do you think an American survey would have similar findings about the state of work-life balance in the tech sector? 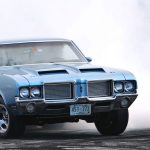 Marissa Mayer: Burnout Is A Myth

Why Are There A "Despicable" Number Of Women On Boards?