From Iraq to Silicon Roundabout via the Maternity Ward

How a pregnancy put a stop to one woman’s globe-trotting career while also igniting her startup dreams.

I clearly remember one of the best pieces of advice I have ever received. I was newly pregnant and worried about the impact it would have on my career. A partner from my firm was honest enough to say ‘You are in danger of hitting a glass ceiling. Not because you’re not capable enough, but because there will always be other people who are able and willing to put in that little bit more than you will be able to do now. Don’t let yourself become a victim to this situation, turn it into an opportunity’.

I was a senior change consultant, helping businesses undertake major changes to the way they operate, meaning restructures, or changes to their processes and systems. This had taken me from Australia to the UK, and projects as far and wide as Europe, South Africa and the Middle East. I had filled two passports.

My proudest moment was working with a new oil & gas joint venture in Iraq to develop their back office and implement their first systems. We brought together three very different working cultures — Arabic, Western and Chinese — and helped them work together as one team. The local Iraqis’ working practices were 40 years out of date, and we supported them through the biggest learning curve of their lives — and had fun while doing it! Their thirst and capacity for learning redefined what I had believed adults were capable of. They are truly inspiring.

But the bullet proof vest and helmet had been packed away. As was my new passport.

I had been sitting on an idea for about six years. Whilst working on a post-merger integration, one of the most complex changes a business can undertake, I had thought ‘surely there is a better way to manage this’. The powerpoint slides and spreadsheets were just not up to the task of managing the level of complexity of what was happening across the business. I had started working on a system design to do this with Sandy, my boyfriend (now husband) who works in IT sales and a programmer who became a good friend. But life got in the way and we ended up on different continents (from the programmer, not Sandy and I).

Fast forward six years and the technology has changed substantially, Sandy now works in the tech startup space (Yammer), I needed a change in pace at work — and we were about to go through one of life’s biggest changes. It was time to create an opportunity.

My baby is now ten months old and just adorable. When I have had the time and energy (luckily he was a good baby) I have worked on my idea for a web application to help manage business change, which is now pinipa.com. It has been a huge learning curve – I know how to help business’ change, I don’t know tech or how to start a tech business. With Sandy’s help I have discovered a new world of tech startups and slowly navigated my way around. I have joined numerous tech meetups — some helpful, some clearly just trying to make money out of the startup scene — and read or received plenty of advice (which has been surprisingly consistent). And I have completely redesigned the application, many times, with valuable input from friends and colleagues. We have a new technical co-founder, Charlie, and are building our prototype.

I can’t wait to see my idea come to life.

It has been overwhelming at times, from jump-for-joy exciting to cripplingly scary. There have been times when I thought I could stop now and it wouldn’t matter. The best part has been when people have told me they believe in what we are doing. I’m very passionate about what I do and truly believe we can make a difference. I believe by providing the tools to simplify managing change programs and support good practice, we can make business change faster, more effective, deliver greater business value and be less stressful for everyone concerned. In today’s world, agility is king.

I love being a mom, it has been the best experience of my life. But I also need something for me, and I am so excited about what lies ahead. Who knows where this opportunity will take me, but I gave it a go. I wasn’t a victim.

Did your pregnancy send your career off into new directions?

About the blogger: Faith (@faithforster) is a wife, mother and senior change consultant. She is the founder of pinipa.com and leader of the change practice for a global IT consultancy firm. She also founded the UK Chapter of the Change Management Institute, an independent professional body which promotes the practice of change management. 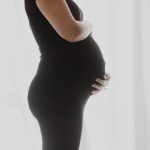 Pregnant? Tips for Bootstrapping, Fundraising and Running Your Business

Tech Cities: Starting Up In London (vs. San Francisco)

One Founder’s Journey from Idea to Product to… Pregnant?