A Lesson on Perseverance: How She Started A Company After Losing Everything

After losing everything in a fire, one founder shares how she went on to start a new company and uses running as a source of inspiration.

“Only those who risk going too far can possibly find out how far one can go.”
— T.S. Eliot.

I have lived my life with two conflicting family legacies – one heartbreaking and one inspiring. The first is cancer. My two grandmothers each died of cancer and my mother has survived both colon and uterine cancers.

The more positive family legacy is a gift for entrepreneurship, which has been passed from generation to generation.  My great grandfather, AC Gilbert, was an inventor and is most famous for creating the Erector Set.

My great grandfather was also an Olympic athlete. I grew up knowing that my DNA had some Olympic blood.

From an early age, I was inspired to compete – and to believe in greatness. Persistence, dedication, determination and motivation are my nature.  I swam competitively beginning at age seven.  I ran my first 10k when I was 15.

For years, I ran to stay a few strides ahead of cancer. I loved the open roads; I loved to race; I loved the challenges of training for a marathon.  I believed that exercise would beat stress and reduce my risk of cancer.  At the same time I was raising two sons, working as a grant writer for non-profit organizations and freelance writing.

Now approaching 48 years old, I never anticipated that years and years of long distance running – and eleven marathons – would prove to be as beneficial as they have been in helping me transition to, and sustain, the entrepreneurial spirit.

The transition actually began In November, 2008.  While in the midst of a divorce, I lost my house in the Santa Barbara Tea Fire and my vision for my future shifted dramatically.  As I ran up our street that day, it was blocked for public access and I could see the truth — we had indeed lost everything. The first priority was finding a rental for myself and my two children and buying basic necessities to get us going again.

Within days after the fire many friends offered their support. One asked if there was something I have always wanted to do and, if so, what that would be. I said I had always wanted to self-publish a children’s book. I was always a writer. I was seven when I wrote my first book. So writing a book came naturally to me.

In November 2009, my children’s picture book, Pablito and the Speckled Bear with illustrations by Ben Cicatti, was published with a book signing at the Four Seasons Hotel in Santa Barbara.  With the publication of this book, Lucky Penny Press was born. It actually began as an app in November 2010.  But without access to customers or editorial issues when the eBooks were published, we decided to disable the app and start an e-commerce company.

New authors and illustrators started coming to our site and our inventory has continued to grow.  In 2012 we gained the Lucky Penny Press trademark registration and then in November we incorporated Lucky Penny Press in the state of Utah.

It has now been almost five years since the fire. Not only were possessions lost, but also my ability to buy or own again in Santa Barbara. However, with the insurance proceeds I was able to start Lucky Penny Press.

Running has always been a source of inspiration, a place where I can go and seek answers and solve problems. Each day I try to take one step forward and it has now become a habit “to train”. As an entrepreneur, I know that, as with marathon training, sometimes you are going to hit a wall. There are ups and downs and results can take much longer to realize than you’d like.

I know there are great surprises waiting for me and Lucky Penny Press.  I look down for pennies, but also hold my head high to see what lies on the road ahead. As long as I am putting one foot in front of the other and moving forward, it’s easy to stay positive and see results.

What do you use for inspiration?

About the guest blogger: Melissa C. Marsted is the founder of the children’s eBook publishing company Lucky Penny Press.  Prior to launching Lucky Penny in 2011, Melissa was a grant writer and a freelance writer.  Until recently she and her two sons lived in Santa Barbara, but they have recently relocated to Park City, Utah, where Lucky Penny is now based. 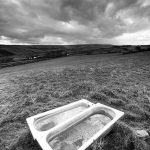 A Bath For Your Business Brain

Entrepreneurship Isn’t Supposed To Be Easy 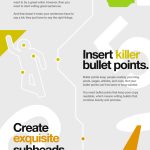