A Women 2.0 survey sheds light on why women should attend their first hackathon & startup competition and what organizers can do to encourage more women to attend.

A couple months ago, Women 2.0 collected 97 responses from the women in our community about their hackathon/startup competition experiences or lack thereof. We asked questions like; what prevented women from attending, what the most valuable or enjoyable part of their experience was, and what they might improve or change.

We read your responses, and have a message for both women and hackathon/startup competition organizers.

Women: Step up by taking the leap to attend your first hackathon/startup competition event.

With high-power women in tech like Marissa Meyer and Sheryl Sandberg making waves all across the nation, now is the time for you to conquer one of the first frontiers of entrepreneurism: hackathons and startup competitions. Not next month, next week, or tomorrow –  this month, this week, today!

Much like an induction to the sought-after and glamorized club of tireless tech founders, these events come with many rewards. Keep reading to learn the many ways women before you have benefited from attending these events.

40% of survey participants identified uncertainty around their (tech) skills as one of the reasons they have yet to attend a hackathon/startup competition making it the most common deterrent.

Now, you are certainly not to blame for the age old patriarchal dominion of the workplace that may have taken part in cultivating a culture of women’s professional insecurity (especially in the male-heavy tech sector). However, I urge each and every one of you to invoke the pedagogy of Paulo Freire and reverse this trend using the unique power and insight instilled only in those once oppressed.

Yes, the institutions need to be changed as well (see two paragraphs below “Organizers, Meet Women in the Middle”), but the agents of this change will be ourselves (women). Since we have directly experienced the consequences of exclusion, we are thus the best informed people to make the decisions on how to reverse our fates, and in the process, educate those that have become unwitting perpetrators. Toward this end, I challenge each and every one of you to put aside those schedule conflicts (second most common deterrent) and stop emptily “planning” to attend (fourth most common deterrent). Instead, just do it.

And if you said you were unsure about your (tech) skills, consider these results:

– All of which directly combat the cultural problem of women’s professional insecurity mentioned above.

Organizers, Meet Women in the Middle

Of course, we don’t expect women to do all the work on their own.

Organizers of startup competitions and hackathons: if you’re not making an effort to promote women’s inclusion in your events (and many organizers are), you are not only turning a blind eye to the majority market segment of the population, but also perpetuating destructive cycles of women’s exclusion in the tech space. Read on to learn what women want!

As mentioned above, 40% of survey participants said they have never attended a hackathon/ startup competition because they were unsure of their (tech) skills. Help mitigate any potential intimidation or uncertainty by encouraging first-timers to attend and providing ample information beforehand so that participants know what to expect.

29% of our survey participants said that they wished there was healthier/tastier/more food at hackathon/startup competition events including gluten free, vegan/vegetarian, and kosher options.

20% of survey takers said that they wished there were more women at these events. Encourage women to bring a friend or provide discounts for their attendance.

Do you regularly attend hackathons and startup competitions? Why or why not?

Lauren Kim (@LaurenJisoo) currently serves as the Events Coordinator at Women 2.0.  Lauren holds a B.A. in Development Studies (study of developing nations) from U.C. Berkeley and graduated from Phillips Exeter Academy. She is passionate about social entrepreneurship and women’s issues. In her spare time, she competes in hackathons and snowboards. 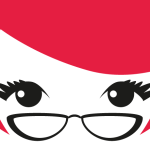 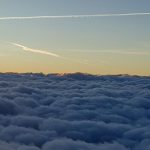