Cecilia Retelle and Kim Taylor’s startup is only a few month’s old, but they’ve already bagged $500,000 in seed funding.

We already know that female founders are rocking the edtech space, but exactly how hot are startups that are shaking up traditional education and trying to bring down inflated tuition bills?

So hot that Ranku, which aims to be the Kayak.com of quality online degrees, attracted one of the most well known names in investing in near record time. The company is just three months old and is already raising a $500,000 round of seed funding led by billionaire investor Mark Cuban.

Why did Cuban show an interest in the startup at such an early stage? “Mark believes there is a bubble in online education similar to the real estate bubble. Ranku makes schools shoppable and assigns an ROI to them based on job outcomes,” Taylor explained to Women 2.0 in an email.

The investment reflects the fact that Cuban feels Ranku has the winds of change at its back, and Taylor agrees that higher education is due for a radical shake up (new tougher rules are coming into effect this week in fact). “You’re going to see antiquated methods and ranking systems like US News & World Report become obsolete. Ranking a university based on inputs is useless. You can’t put your professors tenure or an accreditation on a resume. Student outcomes are all that matter. What was the ROI at the program level?” she says.

But growing Ranku won’t be without its challenges, as the space as a whole is still subject to confusion. ”People in tech don’t understand higher ed. People in higher ed don’t understand tech. Almost no one understands policy. We spend as much time studying immigration reform as we do on UX design,” Taylor explains. Plus, Ranku must battle skepticism about online education’s effectiveness: “Our challenge as a company will be educating our users that online education can be great,” but these complications aren’t enough to stop her from making bold predictions about the future of her niche.

“You’re going to see universities go out of business. There will be a redistribution of cash from Wall Street and the publicly traded for-profit universities to traditional universities with online offerings that are better and significantly cheaper,” she says, and if she’s right, that’s a good thing for students. “Tuition is going to come down.”

The company plans to use the funds to hire more engineers and add a designer to their team in New York. Want to learn more about Ranku and this funding news? Check out the interview with Taylor and Cuban below.

What do you make of Taylor’s predictions for higher education?

Ranku Is Our Ninth PITCH Finalist 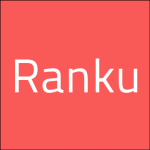 Female-Founded Startup Ranku Secures $650,000 Investment From Microsoft Ventures and Others