The Best Part of Being the Boss: Offering Balance

For the co-founder of Steals.com, the most rewarding part of starting up has been providing great work-life balance for her team.

The motivation for Steals.com came to Jana Francis right after she had a daughter, her third child, when she had to head back to work in the sales management team for a dotcom at the end of her maternity leave. She realized she was a smart, capable woman who could work from home. Once she started thinking along those lines, the ideas started to flow.

Jana was always the one you could count on for online shopping deals – her friends called her the dotcom princess. But when it came to online shopping in the baby space, she was disappointed. There was no website that would tell you the story of the product, why you would want it, and what problem it would solve for you. She developed a burning fire to create a new kind of website that would launch new steal deals every day – a steep 40% to 80 % discount on premium baby products.

With a full-time career and three kids, one of which was a newborn, Jana took 18 months to go from concept to creation. She partnered with Rett Clevenger who at that time was an online media manager for a large e-commerce site, to launch the site in April, 2008. BabySTEALS.com was the first site to be launched and as the business became profitable more sites were launched – scrapbookSTEALS.com, kidSTEALS.com, and sheSTEALS.com. The revenue in 2012 was $16.4 million.

For five months until the site proved to be a success, Jana continued with her full-time job. She would utilize the breaks and lunchtime to call manufacturers and source products. Post work, she would follow up on emails, place additional purchase orders, check shipments and pack orders.

A month before launching the site, Jana took a two-week vacation to promote the site at a baby expo in Salt Lake City. With just a banner of her logo, a PowerPoint presentation, and some bookmarks she had made, she told every woman who walked by all about the business. She got 160 people to sign up for her email list and just before the launch, she emailed her family and friends as well as everyone on that list to spread the word. Even to this day, Jana says they have very little customer acquisition spending. But today that list has grown to 375,000 emails which are sent every day and the company has shipped 1.7 million orders.

Jana managed to pull all this off without any investor capital. She put in around $5,500 of her own money to get the website built, a logo designed and to pay for the baby expo fees. She covered the first month of product purchase with her credit card and was soon able to pay off the debt.

Jana now has over 70 full-time employees, most of them based out of Salt Lake City. Her webmaster was a former colleague who had left the company after her maternity leave and started freelancing. About 70% of her employees are women and about 25% of them have had a baby in the past two years.

Being a completely bootstrapped company, Steals.com cannot offer its team the best possible pay, but for most of them the flexibility the company provides means a lot. Most of the customer service staff are able to work from home for 30 hours a week.

Jana says, “For me it is very rewarding to know that the situation I dreamed of for myself is being provided for so many moms in Utah who would not have a job if they were not working here.”

Sramana Mitra is the founder of One Million by One Million (1M/1M), a global virtual incubator that aims to help one million entrepreneurs globally to reach $1 million in revenue and beyond. She is a Silicon Valley entrepreneur and strategy consultant, she writes the blog Sramana Mitra On Strategy, and is author of the Entrepreneur Journeys book series and Vision India 2020. From 2008 to 2010, Mitra was a columnist for Forbes. As an entrepreneur CEO, she ran three companies: DAIS, Intarka, and Uuma. Sramana has a master’s degree in electrical engineering and computer science from the Massachusetts Institute of Technology.

What are some other less discussed rewards of being the boss?

About the guest blogger: Sramana Mitra is the founder of One Million by One Million (1M/1M), a global virtual incubator that aims to help one million entrepreneurs globally to reach $1 million in revenue and beyond. She is a entrepreneur and strategy consultant. 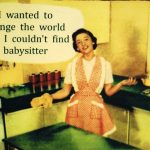 Talented Women: Please Do NOT Quit

Confessions of an Entrepreneur

3 Thriving E-Commerce Ventures Inspired by the Needs of Parents 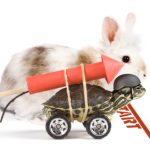 The Tortoise Is Still Right: Slow And Steady Can Win The Race
Judith Martinez