The Meebo co-founder on why she keeps a mistake diary, and why you might consider doing the same.

As a first-time, 20-something founder of the chat website Meebo (acquired by Google), Elaine Wherry found herself making lots of mistakes in her new role. She began chronicling them, not only so she could draw lessons, but also so she could have a sense of release that allowed her to move forward — and be able to recharge.

“Being a little type A and perfectionistic, I found myself wide-eyed at night replaying the day’s events and thinking about how I’d do things differently. I ended up writing in a diary so I could fall back asleep,” Wherry said.

That diary grew into a compilation of over six years of mistakes. What started out as a personal exercise to help Wherry process her own missteps, became a valuable management resource as Wherry grew her team.

More recently, the diary has evolved into material for a collection of stories following the trajectory of a character who joins a company right out of school and goes on to become its CEO.

Intrigued by stop-motion animation apps, Wherry thought she could turn that story into a fun short animated film. But after presenting her storyboard at SxSW, people eagerly asked where they could buy her book. It was after that, that Wherry ultimately realized a graphic novel format with case studies would be more fitting.

With her book project-of-passion in progress, Wherry took some time over email to reveal some of the most important lessons she learned on her path as a successful founder and manager about mistakes, and how to teach them:

I was eager to share, but when I relayed mistakes, I could see my teammates looking at me, “Why the heck does she think I’ll be obnoxious in meetings?” It’s basically saying, “Here are all the ways I think you’re going to fail” — which isn’t a great management pep talk!

So I started telling stories and providing context. A lot of it is pattern matching. Once you’ve primed people with these stories, it’s easier to recognize and recover from them later. Specific bullet points aren’t as interesting as seeing how smart, capable, well-intentioned people still fall into these trappings. That worked better.

Most of the time I was the subject of the story — the first time I had to scrap a project I loved, dealing with pre-release jitters, or interviewing disaster stories. The storytelling happened in one-on-one meetings, during our hiring and recruiting training sessions, and in some cases, just before I could see folks about to potentially make a misstep.

Look for the Sources of Your Mistakes

Most mistakes happen from good intentions gone astray, lingering habits from previous roles, or not knowing your responsibilities.

The mistakes that are easiest to fix are the ones about clarifying responsibilities. For instance, some directors use an inefficient block-and-tackle approach instead of an upfront conversation with managers: “Here’s what you’re responsible for and the resources you have to work with. Here are things to escalate. I’ve got your back.”  When inefficient directors are overwhelmed hyper-managing every issue, they assume that they’re super important and doing a stellar job! A lot of that could be avoided by just defining the role upfront.

There’s No Such Thing as No Mistakes

Proactively mentioning mistakes doesn’t prevent all issues. Today I still make oodles of mistakes and I have two reactions, “Oh, that’s interesting —  I’ve got to go write that down” or “Arrggghhh! Uuuggghhh! I knew better!” Even when you know the mistakes, you still make them! Hopefully by knowing the mistakes, you are faster to recognize and recover.

In the book, I end each chapter with a mini re-do scenario where the main character figures things out and avoids the mistakes. What’s funny is that this makes absolutely no sense until you read the chapter where everything goes wrong.

I think it’s similar in real life. When things are going well, it looks seamless and easy. You even tend to take it for granted. But it’s not until you either step into those shoes or have a few close calls that you start to appreciate those practical tips and tricks.

To hear more from Elaine Wherry, register for our Las Vegas conference.

How do you ensure you learn from your mistakes?

About the blogger: Janet Choi is the Chief Creative Officer at iDoneThis and keeps the wheels of the iDoneThis blog and newsletter turning. She is not a morning person. Follow her tweets at @lethargarian. 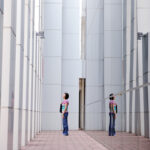 Elaine Wherry: Why I Now Believe the Glass Ceiling Is Real 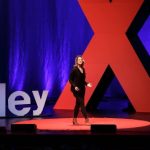 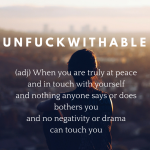 Ten Steps To Being Un****withable

Why You Should Stop Talking Yourself Out of Launching