The Discipline of Staring Death (& Failure) in the Face

It’s a good discipline to look failure in the face, to study it, to spend time living in that place of losing. So you can make different choices. But also so that when it comes, you can get through it.

Been thinking of late about dying. Nope, not personally, least I surely hope not. When folks ask, “How’s life?” my glib answer is, “Believe it beats the alternatives.” Which, of course is a testable hypothesis we’ll all get to try. Death is an integral part of life. And entrepreneuring.

One of my favorite entrepreneurs once told me that running a startup means that you are always about to go out of business. His company sits at the intersection of public policy, activism, science and the best shot at success that VC money can buy. Three times in the company’s life distant politicians made a decision. Decide one way and his company’s gone. He’s still there, and with a bit more luck will shortly be making a big difference in the battle to stem climate change, as well as being very wealthy indeed.

My thoughts turn this way in part because I’m at Harmony Hill, a spectacularly beautiful retreat on the Hood Canal in Western Washington catering primarily to people dying of cancer. The bricks in the main walk up to the great hall are inscribed in memory of those who didn’t make it. A grape arbor hangs with copper strips engraved with names of the dead. Ghosts swirl round like the sea fog that wreathes the Olympic Range each evening.

They’ve little to say to me. We’re celebrating and strategizing on life and new beginnings: on “changing business for good” at a faculty retreat for Bainbridge Graduate School (BGI). The entrepreneurial business school, was founded by Libba and Gifford Pinchot, a pair of entrepreneurs who used the profits from a successful startup to transform business education, placing sustainability at the heart of every class, and pioneering the way for now hundreds of business schools who claim to be doing the same.

But death is ever with us. I came here from a week in the UK with the steering committee of the Alliance for Sustainability And Prosperity, an entrepreneuring effort of international experts to reinvent the global economy.

On the plane flying back from London a young man seized. Answering frantic flight attendant calls for anyone with medical experience – I’d been 15 years a street medic, and was still certified First Responder because I ride with the Boulder County Sheriff’s Mounted Search and Rescue team – I was clearing his airway of stuff I didn’t want to know what was. A kindly flight attendant provided gloves and for the four hours it took us to divert to Bangor Maine all was forgotten but keeping him alive. It truly was a pleasure to hand him over to the real pros – the Bangor Fire Department – and return to building my PowerPoint deck for my talk that night at the new Bard MBA, another startup, this time in the heart of Manhattan, at which I also teach.

Huh, aren’t these two schools competitive? Fighting to the death in the dog-eat-dog world of declining MBA enrollments?

Not even. When Eban Goodstein set about creating Bard MBA, Gifford offered to help in any way that he could. Bright behavior in an era in which applicants and employers question the value of business school and the very business model of an MBA school is considered a candidate for intensive care.

Our answer, in the case of both BGI and Bard is center our teaching on the discipline of sustainability, and to teach entrepreneuring, to use living cases, not hoary old stories of what some company did 40 years ago, putting students into the real world. My students graduate knowing how to earn their own living. They may be aiming at stable jobs in a big company (and companies seeking to have their people trained in how to implement more sustainable practices in ways that are profitable are sending their employees to study with us) but life’s a long time. That financially secure job that seemed so fulfilling may start to strangle. Or may itself die. Many of the jobs my students will retire from haven’t been invented yet.

Would the kid have died had I not been on that airplane? It’s not given to me to know, though conditions consistent with life become challenging with an occluded airway. There are people walking around today because I was there. And far too many have died in my arms.

As there are startups now mature and flourishing because I was there, years ago. And companies long dead I couldn’t save. Some were murdered. Partners wrote themselves fat, illegal checks, but not fat enough, nor was there money enough at stake to sue; and in court everybody loses.

Some, the Board of Directors cared more for their egos than the success of the venture. Note to self: do you know who is on your Board? Really KNOW them? A Board should never be a list of slots to be filled with impressive names and resumes. Would you trust each one of the prospective members with your life? That’s precisely what you are doing – trusting them with your corporate life.

I’ve lost companies where it felt far more terminal than some human deaths. Sad thing to say, perhaps, but then I’ve seen a lot of death.

And in each case the only option is to walk away. Grieve. Learn what there is to take on. And then begin again.

Because until you are dead – really dead – there’s always the option: begin again. If you’re an entrepreneur, you’re going to buck off. You are going to hit the ground. Numbers are hard to get accurate, but some estimates put early stage venture failures at 95%.

That’s, of course, why models like Unreasonable Institute are so popular and why I remain a founding Mentor at Unreasonable. We know how to shift those numbers dramatically in favor of the entrepreneur.

Still, it’s a good discipline to look failure in the face, to study it, to spent time living in that place of losing. In part so that you can make different choices. But also so that when it comes, these little deaths, you can get through it.

How do I do it? I gather friends, and mentors, supporters who can bring time and expertise, money and motivation to help me make it into that new life.

Because in the long run dying’s something we all will do, an integral part of living. And perhaps, as in entrepreneuring, it’s another opportunity to begin again.

About the blogger: Hunter Lovins is the President of Natural Capitalism Solutions. NCS helps companies, communities, and countries implement more sustainable practices in ways that are profitable. She is also a professor… 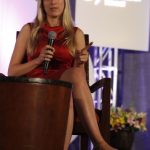 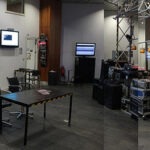 Change Your Relationship To “Failure”

How to Do More With Less: 4 Lessons From Entrepreneurs in India
Judith Martinez