Design This: Why You’re Wrong About Girls and Games

To change the demographics of the tech industry, we have to get rid of tired and incorrect assumptions like these.

As well as fire-starting and hiker badges, the Girl Scouts now have one for game design.

Earlier this month, the Girl Scouts kicked off a new self-guided program, called “Be The Video Game Developer.”  It follows on the heels of “Be the Director.” Both are rooted in the idea that girls can create media instead of passively consuming it. It’s not just about vocational training, learning movie or game making also generates critical thinking about those media themselves.

Why games? Because after social media, they’re the most used online application. They’re also an entry into tech.

To celebrate, there was a panel discussion at the New York headquarters attended by two tech-savvy girl scouts (one now at MIT), and various experts in gaming and technology education.

A $600,000 check from Dell made it all possible. Technology companies are rallying around initiatives to promote girls in tech. About 20% of programmers are women.

There’s a real business case for changing the ratio. Dell’s representative, Michelle Blaze said, “Let’s be clear, there is a gender gap in technology,” and noted that her company tries to close it every day.

There’s also business case for girls: the pay gap for computer software engineers is only nine percent— one the smallest of any industry.

To get girls into tech, we have to “pull them away from mass media,” says Jan Plass of Digital Media and Learning Sciences, “They are confronted with all these message that are undermining their identify and formation as scientists and their self esteem.” He notes the need to make computer science more exciting to get girls engaged.

Girl Scout alumna Lorraine who is now at MIT, started with Tetris, chess and animated games, but now she’s moved Cognitive science and brain computer interfaces.  After teaching younger girls robotics– including daughters of farm workers she says, “These girls should be able to have hands-on access to tech–its important to give all girls access. It brings different perspectives to the industry.”

To change things, we have to get rid of some tired and incorrect assumptions. The experts from the panel debunked a few:

Asi Burak of Games for Change says 80% of Facebook gamers are women.  Still, although 42% of total gamers are women, only 10% are game designers.  In the audience, the real dozens of real live Girl Scouts all raised their hands when asked if they liked games and wanted to design them.

This generation feels very confident in interactive media, they are used to choosing characters and avatars.

Adults have a distrust of kids’ online activities. But research into texting and phone usage shows they are often helping one another by looking up words or translating things, etc.

Games Are a Waste of Time

Multi-player games aren’t just about slaughter—but skills and process. Players learn how to work together, communicate and set goals. When gaming, they’re practicing these skills in a safe environment. They learn that on their own, they’d never be able to take the castle or attack some larger quest. It involves a whole new way of thinking and communicating.

In one survey, Plass reported that pre-adolescent girls like fighting games as much as party or puzzle games. What’s more, he reports that girls who are fans of first person shooter games have high self-confidence—maybe that they can shoot anybody?

As Girl Scout Mari T. said, “It’s so easy to do, you just find a computer and logon. Doing just this one game can help interest you in tech. Your parents don’t have to know about it; you don’t have to have anyone in your life who understands. Our robotics coach didn’t know how to program a robot, but that was okay because we had self-guided instructions. Girls don’t need their parents or anyone else’s help.”

If there’s a lack of programmers, there’s also a lack of people to teach the subject. It’s difficult for some teachers to give up control and not be the experts. But self-guided learning works and students with tech skills can end up helping the teachers.

Most other media that came before is about telling stories. Learning how to make games actually involves system design and introduces girls to new vocabulary. Building systems requires dissecting and analyzing a system and putting it all together—which is true to programming and game making and any other technology. They’re all skills that are important for the future.

Learning game design teaches STEM skills while having fun, By building skills and confidence, kids can go back into the classroom and do better in math and science as well as saying in school longer, according to Lynell McKay of The Texas Girl Scouts. Jan Plass also notes that learning game creation is an entry into design culture as a whole—which will get girls thinking about how their phone and everything else works.

Michelle Risconscente, PhD, of SciPlay says that having experience with games or tech gives girls confidence at a young age. As a result they can be more involved in science and tech in the classroom. Higher Achievement’s Mike De Marco says that introducing girls earlier could help flip the tech gap. In middle school, 74% of girls are interested in computer science: by high school it drops to 3%. It’s called the 8th grade STEM slump.

Girls Use Tech for Girly Things

In one tech program, Allison Bryant of Play Science  reported the young women were challenged with building a happy city and they created musical crosswalks and BFF houses.

Idit Caperton of World Wide Workshop says, “It’s like reading and writing, we become better readers if we learn how to write, reading contributes to writing well (vice versa). Not all will become gamers, just as we don’t all become writers. This new kind of writing is a new kind of literacy. Some of us will have it in our toolkit  as a literacy for anything we do in this technology based world.”

When asked if they want a tech job, girls might say no. But Dorothy Bennett of New York Hall of Science advised, “Ask them what problems in the world do you want to solve?” Instead ask, would you like to design prosthetic leg for kids, want to help bridge two communities —and they’ll say, ‘yes’. Kids want creativity and choice. They want to change the world and want to make an impact.

To a roomful of badge-proud girls scouts, Caperton exalts, “You have an important mission, you can change the world with your games, you can learn skills for leadership, for education, politics, heath—and have chance to make a lot of money in an exciting industry.”

So go inside and play.

Are there any other outdated notions about girls you’d add to this list?

About the blogger: Amy-Willard Cross (@VitaminWomen) is the editor of Vitamin W, a platform for news, business and philanthropy. A former editor at national magazines, she authored books, written countless articles, features, op-eds and book reviews. She wants her daughter to learn how to code as the pay gap is only 6% for women programmers. 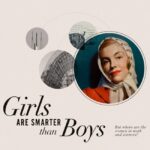 In A Room Of 25 Engineers, Only 3 Will Be Women. Let’s Change This.

In A Room Of 25 Engineers, Only 3 Will Be Women. Let's Change This. 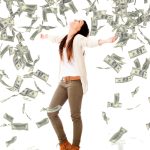 Meet The Woman In Tech Who Sold Her Company To Dell For $1.4 Billion