The tenth and final company to make it onto the Las Vegas PITCH stage is Totspot!

With our Las Vegas conference just around the corner, we’re thrilled to announce that Totspot will be the tenth and final company that will be pitching live on stage as part of our PITCH Competition. Congratulations to co-founders Mei Siauw, Vikrant Ramteke and Vijay Ramani!

The company is focused on a universal problem for parents — kids grow. That’s great, of course, but also means finding and buying new clothes and toys for each new developmental stage. Totspot aims to make that easy. A mobile marketplace for parents to discover, buy and sell new and like-new kids items such as toys, clothes, baby gear and books, Totspot hopes to offer parents a joyful shopping experience right on their smartphone — as well as making selling on the site incredibly easy. Totspot iPhone app will be released in limited beta in the Bay Area in November.

Want to hear more? Join us in Vegas to see all our finalists pitch their companies.

Mei Siauw is the mother of three-year-old Vivienne. Before working on TotSpot, she served as a product manager. She has a BSc degree in Computer Science from Cornell University and an MBA from the Wharton School. At Totspot, she bridges the mom world and the tech world by performing UX testing, beta focus group and driving overall user success.

Vijay Ramani is co-founder, CEO and father of two little girls. He recently graduated with an MBA at Wharton School. He has performed a variety of roles in big companies from consulting and engineering to marketing. He taught himself mobile UI design, and has consulted for startups on mobile revenue products, as well as previously founding a consumer mobile startup.

Vikrant Ramteke is the father of a six-year-old daughter and a two-month-old son. Prior to working on TotSpot, he founded and led engineering for Drawmics and Finderous. He has created end-to-end technology solutions for multiple enterprise and startup products. He is co-founder and CTO of Totspot.

WHICH FINALIST ARE YOU MOST EXCITED TO HEAR MORE FROM IN NOVEMBER? 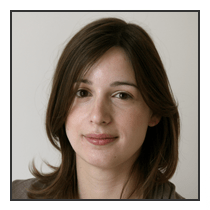 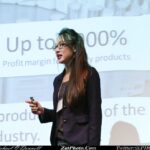 Get to Know Our 10 PITCH Finalists

Acquired, Funded or Accepted to an Accelerator: Which One Will Your Startup Get?