The Dark Side of PM

A product manager explains the three toughest emotional challenges of the job.

I’ve written a bunch recently about how I became a PM and recommendations for how others can get started. Yet, I’ve been shielding people from some of the hardest parts of being a PM. The roughest pieces aren’t hard skills: they’re some of the emotional challenges in the work. While I love being a PM, these are the parts that are hardest for me to handle.

Your Work Doesn’t Have the Same Inherent Rewards

When you write, it’s possible to enjoy the act of writing. You pick words you love and set sentences up to have a particular cadence. You can get into flow. I’ve had similar experiences with making art, designing, and writing code. Doing the work feels good. You have lots of little increments that work for you – “oh! this function works now!” or “this is the perfect color / exact word.” You can get into solving an interesting challenge even if you don’t agree with the “why” of the work. Plus, at the end, you’ve created something.

Product work doesn’t have that same inherent reward. It’s fundamentally a practical discipline. You make a bunch of independent decisions, but nothing coheres until the end. You don’t see results until everyone else does work, too. Product is messy – everything’s all over the place, and then suddenly something makes sense.

I write specs because I want to see the final product, not because I love writing specs. Most of the things you do in Product are just tools to get to the end result. Sometimes you might get absorbed in something you’re working on, but that isn’t the same as “loving to write specs.”

I love working on Product so I can make someone’s life better or easier. If the work doesn’t get to that point, it won’t be enjoyable to do the individual elements. If I’m making something that will make the world worse, there’s nothing enjoyable in doing the work. In Product, it’s the end result, not the process, that makes the job worth it.

Product isn’t a role that fits into a box. This may be because all PMs are different, but also seems to be a systematic confusion. Designers claim PM is a business role. Business claims it’s an engineering role. Engineers say it’s a nontechnical role. These are all sort-of true, but it ends up with no one thinking your role is “like theirs.” You get lost in the shuffle.

This tension means that Product often isn’t labeled as “Creative.” I’d think this was fair if it were about the lack of internal reward of doing Product. That doesn’t seem to be the case. People seem to end up thinking that Product is a cold profession. That it’s about project management and conversion numbers. That’s not true. There’s a lot of subjectivity in product work. You need and spend a lot of time deep in thought. Yet, the perception of Product often seems to be pushing paper around, rather than “Creative.”

The most extreme version of this when people say “you don’t need a PM.” Other versions are: “PMs are just useless bureaucracy” or “the engineers can decide everything.” It doesn’t surprise me when people say this, but it still makes me sad. Someone saying your job is “pointless” and “overhead” sucks.

(Getting into why people say this and why it isn’t true is a much longer discussion).

You Give More Recognition Than You Get

One of the best ways I’ve seen this put is in First Round Capital’s Article:

“Have moxie but don’t self-promote: Compliments should always go to the team. Credit should be handed out freely and generously. Success belongs to the team but failures belong to you.”

I also like Ken Norton’s ironic How to work with Software Engineers:  “Absorb Praise” and “Deflect Blame.”

The role of a PM is to redirect praise to the people who deserve it, and absorb blame. This is key to the role. I love doing both of these things! That doesn’t mean it’s easy.

The hard part is that your contributions often aren’t recognized the same way you try to recognize others. For some people, that’s natural. For me, it isn’t. I like getting recognition, approval, and feedback. (As every recent article will tell you, that’s common amongst millennials).

These are the three pieces of being a PM that are the hardest for me. They aren’t unsurmountable.

I’ve come up with my own ways of coping. To deal with the lack of internal reward in the work, I only work for companies that make things I believe in. That’s why I’m at Kickstarter. I try to help people understand the PM role, so they’ll know I’m not just a glorified meeting coordinator/note taker. I ask people around me for feedback so I can try to improve, and I make sure I do other activities that help me feel recognized.

If you want to be a PM it’s important to realize that there will be emotionally hard parts of the role, and come up with your own ways to cope.

What is the dark side of your role?

About the blogger: Ellen Chisa is a Product Manager at Kickstarter. In her free time, she serves as a trustee of the NYC Awesome Foundation and reads lots of books. In 2014, she wants to check something into Github everyday. Follow her on Twitter.

When Excellence Isn’t Enough: Why I Talk About Gender 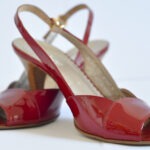 Partner Event: Products Are Hard (May 1 in SF) 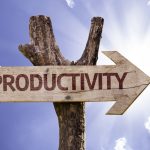