How More Women Can Raise the Capital They Need to Scale

In the past five years, women in business have become a hot topic. There are organizations, publications, events, and even brands dedicated to helping this demographic thrive.

In general, this is a good thing. The past decade has revealed a major shift in the distribution of wealth and significant changes in the types of careers women pursue. According to Media Post, the average American woman is expected to earn more than the average American male by 2028. Women are controlling private wealth and owning stock at record rates.

The statistics only tell one part of the story, though. While women are making exceptional strides overall, they’re also behind in key areas such as STEM and venture-backed businesses. Until recently, I thought women were simply being shut out of opportunities by the “good ol’ boys club.” Like many people, I thought men were just biased and that their tendency toward pattern recognition created a chicken-and-the-egg problem for women interested in building scalable enterprises. Then I started to study women-owned businesses, and I realized something: mindset is the reason women are not securing venture capital funding.

Are there men who are reluctant to back a woman? Absolutely. But the broader reason for the disparity is not prejudice – it’s a lack of asking.

When contemplating the reason women secure venture capital funding less than men, we have to consider the type of businesses women start. Women are more likely to start service-based businesses, and their goals are frequently much smaller than those of a man. Men often start businesses with the intention of achieving some semblance of world domination, while women are often starting “side hustles” and one-woman operations.

In addition to building more scalable businesses, women have to step up and ask for money. I recently met Julia Dilts, co-founder and CEO of Maverick Angels, at an event. She passionately encouraged women to ask for money. Some women are afraid, intimidated or insecure, so they just don’t show up and ask. In other cases, they take rejection and criticism personally, so they never find the right investors because they give up.

As a result, if nine men pitch to every one woman who pitches, the numbers will show that women are not being funded at rates that seem equitable. But women like Kathryn Minshew, Katia Beauchamp, and Heather Hiles are demonstrating that women are more than capable of starting and growing scalable companies worthy of venture capital.

How to Get the Capital You Need

Ladies, the time has never been better to start and grow a business. Of course, there are industry-wide challenges like the series A crunch, but those apply to everyone. As a woman, you’re in a unique position to identify and address issues that represent billion-dollar opportunities. Here are a few tips for getting the capital you need:

Remember that venture capitalists are in the business of making money on scalable ventures. If you’re wondering whether your business is big enough to justify a venture capital investment, reach out to one via social media or email and ask. You’ll be surprised how many VCs are happy to help aspiring entrepreneurs who ask specific, intelligent questions.

Take Your Heart off Your Sleeve

I know a business idea can feel near and dear, but it’s important to develop a healthy separation between you and your idea. Seek out constructive feedback and whatever you do, don’t take it personally. If you’re truly devoted to growth, you’ll have to keep your ego and emotions in check.

Many women feel unprepared or ill-equipped to seek out venture capital so they avoid it altogether. Between VC blogs and books, you have plenty of information available to get you started on a great pitch. Check out Pitch Like a Girl by Ronna Lichtenberg if you need help. Be sure to readVenture Deals by Jason Mendelson and Brad Feld so you can intelligently entertain offers and discuss deal terms.

No amount of books or coaching can take the place of actually doing it. Get out there and pitch, even if it’s at a low-stakes meetup where no money is involved. Get comfortable with the feeling of putting yourself and your idea out there and letting go of the need to control the outcome or someone’s perception of you.

Whatever your idea is, ask yourself what would happen if you multiplied it by one hundred. If you’re going to swing, you might as well swing for the fences.

What do you think female entrepreneurs find more challenging than their male counterparts?

About the blogger: Lisa Nicole Bell is equal parts artist, businesswoman and motivator. Lisa is the Founder and CEO of Inspired Life Media Group where she and her team meld art, social change, and commerce to create economically viable media properties. 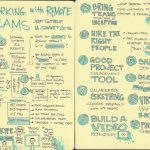 YEC Women Q&A: How To Successfully Manage A Remote Team

YEC Women Q&A: How To Successfully Manage A Remote Team

How to Finance Your Startup Without Raising Money or Offering Equity 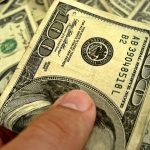 Is Your Startup Ready for Investor Funding? (3 Questions To Ask)
Judith Martinez